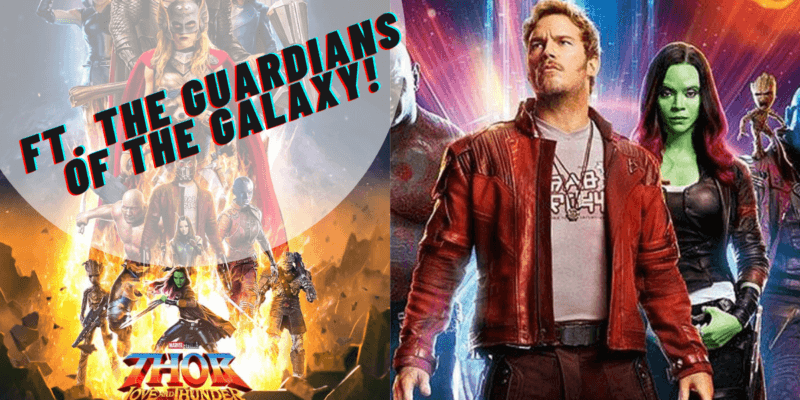 For many Marvel fans, the incoming fourth Thor movie is the most exciting part of the MCU’s Phase 4. The folks over at MarvelFX clearly agree, as they’ve mocked up a sensational Thor: Love and Thunder poster.

We all know that the film will see the triumphant return of Natalie Portman’s Jane Foster, as she takes on the mantle of the mighty Thor from Chris Hemsworth.

We’ll also see Batman veteran Christian Bale join the cast in an as-yet unnamed role. However, there is one group that people want to see in the film more than anything; the Guardians of the Galaxy!

Epic Thor: Love and Thunder poster adds the Guardians into the mix

Yes, Marvel fans are very excited at the prospect of the Guardians of the Galaxy franchise crew returning to the MCU. As you’ll recall, when we last saw the team in Avengers: Endgame, they were leaving Earth with Thor himself.

Now this fan-made poster from MarvelFX reunites the ‘Asguardians of the Galaxy’ for an incredible, cosmic Thor: Love and Thunder! Check it out! Imagining Natalie Portman’s new take on Thor with the Guardians is getting us super excited!

Will the Guardians of the Galaxy return in Thor 4?

Chris Pratt has been confirmed for the film, as he’s listed on the IMDb cast list. However, we’ve heard nothing about the rest of the Guardians; Mantis (Pom Klementieff), Drax (Dave Bautista), Rocket Raccoon (Bradley Cooper), and Nebula (Karen Gillen).

You may notice, however, that there is one Guardian missing – Vin Diesel’s Groot. The actor has reportedly been seen in Australia, allegedly to reprise his role.

If that’s true, then this poster might not be too far off! It features director Taika Waititi‘s iconic rock-monster, Korg, and interestingly, Tom Hiddleston’s Loki. Hiddleston is seemingly unlikely to return as he’s helming his own Disney+ series, but Korg has been confirmed. We’re also looking forward to seeing Tessa Thompson’s Valkyrie back in action when the film launches in 2022. Now if we could only get Beta Ray Bill…

2022 seems a long way off, particularly as Taika Waititi’s Thor: Ragnarok was such a fantastic solo Marvel movie. Until then, we’ll have to make do with this fantastic fan poster to get a glimpse of Natalie Portman’s Thor.

What do you think of this fan-made Thor: Love and Thunder poster? Let us know in the comments below.

Comments Off on Epic ‘Thor: Love and Thunder’ Poster Brings Back the Guardians