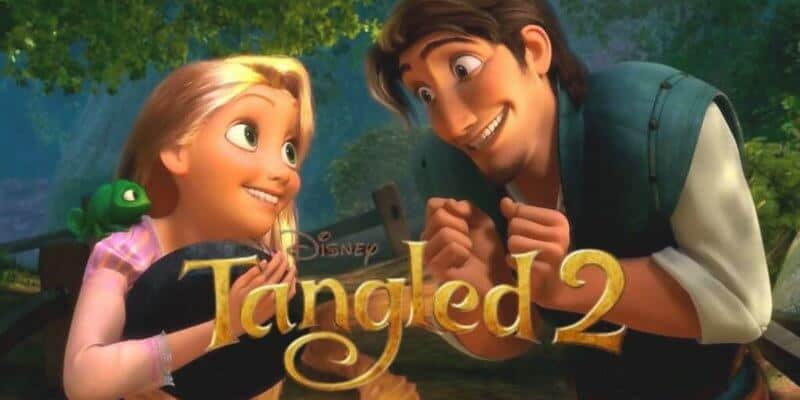 When the first Tangled came to an end, Disney fans immediately wanted a sequel. How did Flynn propose to Rapunzel? Do Rapunzel and Flynn have children? What was Flynn’s childhood like? We have many unanswered questions — so we need a Tangled 2.

The first film ended with Rapunzel finally becoming the Princess she always dreamt of being, as well as finally being reunited with her real parents for the first time. But fans were left on the edge of their seats wanting to know how everything else pans out!

Well, we do know that Disney Channel came out with a television series titled Rapunzel’s Tangled Adventure, which, though a different animation style, was a huge hit. The series closely follows Rapunzel after she is reunited with her parents and enters her life as a princess. In the first episode of the series, Eugene decides he wants to propose to Rapunzel — and does so in front of the whole royal court. However, what shocked so many viewers was the fact that Rapunzel said…no!

Now, she had great reason to. She felt overwhelmed being recently reunited with her parents after being captured by a crazy Mother Gothel who locked her in a tower for her entire childhood and teenage years and made her believe she was her real mother. So, the fact that Rapunzel didn’t want to jump into a marriage right after finding out her life was a life and reuniting with her real parents, we can’t say we blame her for saying no to Eugene.

Related: Fans Predict Who Should Play Rapunzel In Upcoming Live-Action

Disney did come out with a short titled Tangled Ever After, which is the same animation as the first Tangled film, where Rapunzel and Flynn do get married. This short film — though released before the animated series — takes place after. So, the question then lies, Does a sequel to Tangled include the storyline of the animated series, which is a different type of animation than the film, or does Tangled 2 proceed as if the television series never happened?

In my personal opinion — Tangled 2 should have the same animation as the first film and as the short, Tangled Ever After. Also, plenty of kids and super fans have seen the television series, so I think if Disney were to involve the storyline of the series, it could lose some of the audience. Knowing that Rapunzel and Flynn eventually do get married, it makes sense of Tangled 2 picks up where Tangled Ever After ends. Though the animated series is canon, it is a different look and feel, so I think it would make sense if Disney kept the series as its own thing.

So, that leads me to, what could Tangled 2 be about? Well, there are a few possibilities!

Rapunzel and Flynn Have a Daughter!

The second idea is a prequel story, instead. We could also see something more along the lines of a sequel to Tangled but a prequel to Tangled Ever After — focusing more on Flynn Rider and his childhood. The only issue here is Disney would have to still include Rapunzel because if there is no Rapunzel in Tangled 2, it could lose some of the audience.

So Disney could start the movie off where we left off, Rapunzel becoming the Princess she always dreamt of being and reuniting with her parents. And then we see Rapunzel and Flynn get to know more about one another, living together, and seeing their relationship blossom. Along these lines, Flynn could go into more depth about his childhood as he brings Rapunzel into his backstory. This could lead to their engagement story and bring us into the short of Tangled Ever After.

In Tangled, Rapunzel’s goal was to see the floating lights. In the second movie, we could see Rapunzel and Flynn go on a new adventure, and not have the movie focus on their relationship, their marriage, or their future. We could just get a totally new movie with a brand new adventure following two characters we know and love (and of course have appearances from Pascal and Maximus).

Maybe Flynn has a dream instead and he wants to go on an adventure to accomplish those goals. Or maybe Rapunzel finds a new goal and wants to visit a different part of the world, considering she was locked in a tower for her entire childhood. The possibilities are endless!

Keep in mind, at this time there is no confirmation that there will be a Tangled 2. This is pure speculation, but we hope a sequel will be announced in the future.

So, what would you like to see in Tangled 2, if it is in the works? Let us know your ideas in the comments below.

Editor’s Note: The opinions reflected in this article do not necessarily represent the views of Inside the Magic overall.