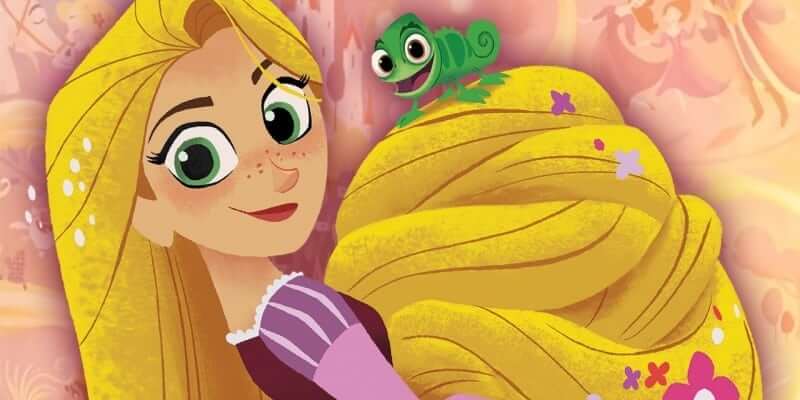 I’ll just outright admit it. I wasn’t expecting “Tangled: Before Ever After” to be any good.

You see, I am a very big “Tangled” fan, and the 2010 feature film is close to the number one spot on my Disney favorites list. I was pretty certain that any attempt to further an already perfect story would just translate as a sad money grab. Instead, it’s unexpected charm actually won me over. “Tangled: Before Ever After” is the Disney Channel Original movie that serves as a sequel to “Tangled.” In the 50-minute TV special we find Rapunzel reunited with her family and attempting to adjust to life as a princess. In the process, a fateful encounter with a mysterious stone restores her hair to its original golden color and unmanageable length.

This time, though, her hair might as well have been forged by the Elves of Rivendell because her tresses are as indestructable as Anduril (sorry to go all “Lord of the Rings” on you here). To say it’s a problem is an understatement. As we follow Rapunzel through some challenging relationship issues that involve her family, her hair and her devoted boyfriend, we find that this princess is struggling with feeling like she just exchanged one tower for another. The world beyond the castle walls calls to her just as it did from the tower, and this predicament ultimately sets up the scene for “Tangled: The Series” which is a continuation of the story in a weekly animated series on the Disney Channel. In addition to the primary “movie,” the DVD comes with four bonus shorts:

Each story emphasizes different characters in comical bits that are not particularly clever but amusing nonetheless. They are the sort of fluff that will bring smiles and giggles to most children. Maximus, Pascal, and “Tangled’s” roguish thugs feature along with Rapunzel and Eugene to make you chuckle a bit and get the party started. As a nice touch, the “Before Ever After” DVD also comes with a replica of Rapunzel’s journal as it is shown in the Disney Channel Original movie. The cover mimics Rapunzel’s artistic stylings, and an inscription from her mother is inside the flap. From the sketches to the scribbled thoughts on half of the pages, this very thin booklet is nicer than you might expect. But how is the movie?

The first thing that captures you is the artistic appeal of this TV special. It comes in a “flat art style” with a hand-crafted, retro aesthetic. With “Tangled” unabashedly being a blockbuster CGI production, giving it a limited budget for TV and transitioning it to a 2D format could have ended badly…and yet it didn’t.

The design choices made in “Before Ever After” were good. You can almost see brush strokes and water colors which help the show strike a pleasant balance between computer generated animation and the traditional method of ink and paint. The result is an understated sense of style instead of a cheap, passionless effort to “check the box.”

The next thing that must be applauded in “Before Ever After” is the reunion of the original voice cast. Even though this was not meant for the big screen, both Mandy Moore (Rapunzel) and Zachary Levi (Eugene Fitzherbert) bring their A-game to the studio mic. This is the primary reason that this little “Tangled” tangent works. Given a script that is–not surprisingly–inferior to its feature film counterpart, Moore and Levi have invested no less of themselves in it. Their personality shines at so many points, and–quite frankly–they sell it.

Finally, the subtle message of female empowerment from “Tangled” is continued in “Before Ever After,” and it is done in a way that is smart and balanced. Our beloved heroine continues her journey of self-discovery with Eugene at her side. There are a few moments where Rapunzel’s headstrong ways betray her foolhardiness, and Eugene lovingly helps her find her footing so that she can continue to stand on her own.

On the opposite end of the spectrum, our villain is also a female. She is an emotional island, and leads a pack of male criminals in a plot to avenge her father. And while Lady Caine’s thirst for revenge is nothing to praise, it is still undeniable that she is smart, strong and determined to reach her goal–an example of female empowerment (albeit a wicked one). In casting both the heroine and villain as strong characters with evident flaws, we find that balanced view of feminism–one in which women are most assuredly not inferior to men but also neither superior. It’s a message that definitely falls on the “good” side of the line.

And then there is the music. I’m not going to tell you to expect 240 covers of these songs on You Tube. That won’t be happening. However, I can promise you that you will hear them on an endless loop if one of your kids gets within earshot because some of the songs are catchy and inspirational in a Disney “minor league” sort of way.

In the case of “Tangled: Before Ever After” this section of the post might be more appropriately titled “THE EXPECTED” because, in reality, these items aren’t really bad. They are simply on par with the purpose and framework of the show.

To start, there are some lazy and cliche points, namely the opening scene that starts off with Eugene narrating the story of “Tangled.” Its purpose is to give us the context of the story and also inform us about the characters we are about to meet in a very quick “catch you up” introduction. The problem is that it is unoriginal and uninteresting.

At the same time, the ending of the story is weak. The big showdown between Rapunzel and Lady Caine amounts to an anti-climatic brawl in which Rapunzel’s hair saves the crown and the kingdom in two minutes. The confrontation isn’t genuinely exciting. The pay-off is so little that the idea of a treacherous villain who will overthrow an entire kingdom ends up playing as an unnecessary subplot.

All this being said, we have to circle back around to the fact that this is a 50-minute straight-to-television production directed at kids who don’t require award-winning scripts to find entertainment value. “Before Ever After” was only ever going to be a Disney Channel Original movie that was meant to set up a cartoon series on the network, and–as that–it has met the mark.

“Tangled: Before Ever After” won’t be winning any Emmys, but do we really care? No, we don’t because there are enough good points that make this an enjoyable experience for its target audience. In fact, in some ways this little show exceeds expectations.

With an appealing artistic style, a strong voice cast and a message worthy of the brand it represents, this is a film that young kids will most likely watch repeatedly. So parents, brace yourselves. This is probably a DVD that will play again and again in your home. You will know these lines by heart. You will have the songs stuck in your head, and you will love it a much as your kids.

Grab your copy on Amazon today.

Comments Off on REVIEW: “Tangled: Before Ever After” DVD brings unexpected charm with one-hour special, four bonus features