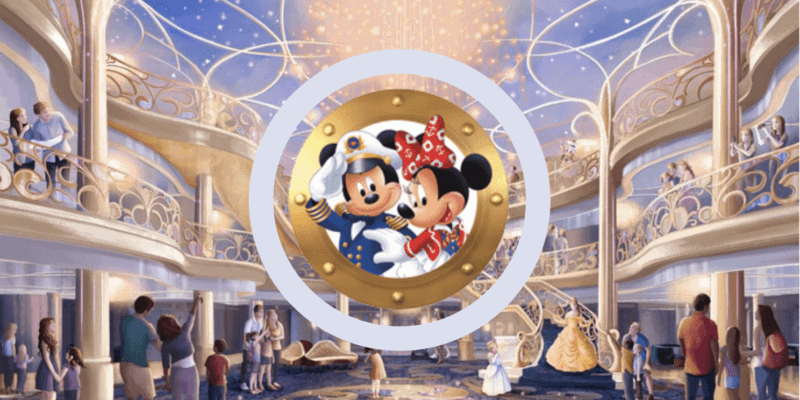 When Disney announced — at The Walt Disney Company meeting in 2016 and the 2017 D23 Expo — that it would be adding three new ships to the Disney Cruise Line fleet, fans were ecstatic.

Recently, the company confirmed that all three of these brand new Triton Class cruise liners will still be joining the existing four ships in the fleet: Disney Dream, the Disney Fantasy, the Disney Magic, and the Disney Wonder. But there had been some concerns given how dramatically the coronavirus pandemic has delayed some of Disney’s theme park projects.

Now that we know the Disney Cruise Line fleet will increase to seven ships — including the magnificent Disney Wish that is set to take its maiden voyage in Summer 2022 — you might be wondering, “What is so special about Disney’s Triton Class?”

Here, we’ll answer that question and take a look at how these ships might have to change due to the COVID-19 pandemic.

Keep in mind: The speculation included in this article below — regarding childcare, buffets, splash pads, etc. — is based on our own research and knowledge of practices aboard DCL. However, we continue to wait for official word and details from Disney, and we’ll update our website with more information about the Triton Class ships when it is released.

Disney’s Triton Class is set to be slightly larger than the Disney Dream and the Disney Fantasy — which have 1,250 staterooms and a total capacity of 4,000 — weighing 129,690 gross tons.

While the Disney Wish and her two sister ships will also be constructed with 1,250 staterooms, but their overall size will be bigger, weighing in at 144,000 gross tons.

Walt Disney Company CEO Bob Chapek described the new ships in a statement when the name of the Disney Wish was announced:

“Each Disney Cruise Line ship is unique, with a name that embodies the excitement of sailing with Disney and the power of our stories. The new ships will have the experiences our guests love, as well as all-new magic.”

Although Chapek didn’t elaborate on what this “all-new magic” will be, it’s safe to say that Disney has upped their game with each new cruise ship they’ve added to the fleet.

The Disney Dream and the Disney Fantasy, for example, offer Remy — a French-inspired adults-only dining experience that is arguably even more lavish than Palo, which appears on all four existing Disney ships.

Related: What Will Disney Cruise Line Test Cruises Look Like?

Although Disney officials have not yet released detailed information about the amenities that will be available onboard the Triton Class ships, we do know that they are expected to be the most luxurious liners the company has ever built. Since Disney has continually added new restaurants with each ship class, it can be presumed that they will offer additional, new dining sit-down dining options, as well as pools, spa experiences, and other magical extras for the whole family.

The Disney Wish lobby concept art gives an idea of what Guests can anticipate when they board this spectacular new Disney Cruise Ship in 2022.

It is worth noting that the lobby looks like it will be significantly lighter and more ethereal than any existing Disney ship, where much of the influence draws from the darker jewel tones that were popular in both the Art Deco and Art Nouveau eras.

What Changes Could Be Made?

Even though the pandemic will hopefully be a thing of the past by the time the the Disney Wish sets sail in 2022 — and certainly by her sister ships’ sailing dates of 2024 and 2025 — it is possible that Disney could make permanent changes to the layout and onboard experience offerings as a direct result of COVID-19.

The CDC recently lifted its “No-Sail Order,” giving cruise operators a path back to sailing. However, there are a number of steps Disney and other cruise lines have to take before they can receive their conditional sailing certificates for each of their ships.

It is not yet known how long the conditional sailing program will be in place — it is currently slated to run through at least November 2021 — so the Wish may or may not be required to prove that its health and safety protocols are effective at mitigating the spread of the coronavirus.

Nonetheless, the pandemic has made people significantly more germ-conscious in general, so it could be years before many passengers feel comfortable engaging in certain onboard activities, or before Disney feels comfortable offering them.

For example, childcare services have currently been suspended at all Disney theme parks — including Walt Disney World Resort in Florida — and at Aulani, A Disney Resort & Spa in Ko’Olina, Oahu, Hawaii.

Given the high-touch nature of childcare facilities — and the unpredictability of little ones — it seems unlikely that Disney Cruise Line will offer its normal childcare options anytime in the near future. If the company decides that this is a long-term risk, there’s a chance that both Disney ship kids’ clubs — one for babies and toddlers and one for older kids — could actually be converted into something else.

Or, in the case of the Triton Class, not be constructed at all. It seems unlikely that Disney will get rid of all childcare, but they could convert to a model that allows for personal in-stateroom babysitting instead of grouping children together in a communal space.

We already know that buffets are likely to be a thing of the past for years to come. They are a veritable breeding ground for germs and, even if Disney were to offer a buffet option on their Triton Class ships, it’s likely that many Guests would forego it.

Therefore, don’t expect to see the popular Cabanas Restaurant make an appearance on these new Disney cruise vessels. It currently takes up a significant amount of space on all four of Disney’s ships — the Dream, the Fantasy, the Magic, and the Wonder — and provides passengers with unlimited dining throughout their cruise vacations.

Since one of the reasons many people book cruises is the ability to pay for everything upfront and have an all-inclusive onboard experience — not to mention the buffet food itself — it will be interesting to see how Disney addresses Cabanas moving forward.

The Triton Class may use this space for another type of innovative dining establishment and it will likely have to be converted in some way on the existing Disney fleet.

It also seems likely that Disney will have to rework some of its onboard restaurants for Guest comfort — and to meet current CDC cruise ship health and safety guidelines. The existing setup in many establishments, including the Enchanted Garden on the Disney Dream, do not meet social distancing protocols.

While Disney will undoubtedly still offer pools and splash pads as part of the Disney Cruise Line experience, new safety measures may have to be implemented in order to help families maintain physical distancing. Currently, Guest can enter at will and there are no Disney Cruise Line crew members specifically stationed in the splash pad area.

Those staffing the pools largely oversee towel distribution and food and beverage stations — to date, they have not, of course, enforced social distancing/deck chair distancing. This is a change that may be coming sooner rather than later.

It is possible that splash pads may not even be available when cruise ships initially start sailing, given the high-touch nature of children’s play areas and that the Triton Class ships could have reimagined splash pad sections that allow for additional health and safety measures to be taken.

What are you looking forward to when cruising resumes? Do you want to be on a Disney Cruise Line maiden voyage in the next few years?

If you are ready to book a Disney Cruise Line vacation in 2021 or 2022, let the expert team at Academy Travel help you set sail for Disney’s private island Castaway Cay in the Bahamas, the Last Frontier of Alaska, a European adventure, or even the tropical paradise of Hawaii!