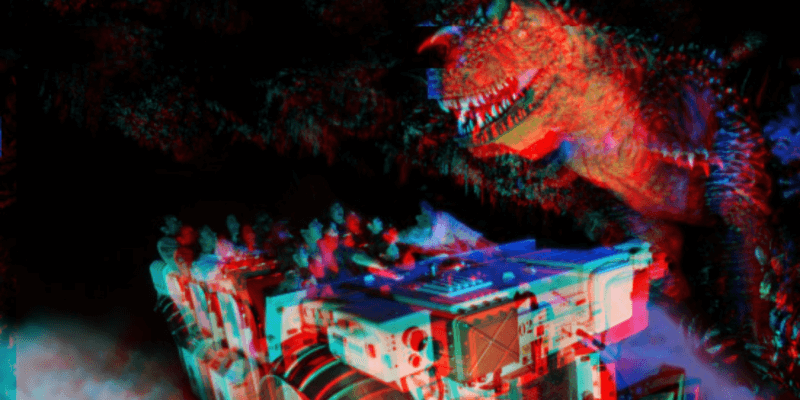 Another day and another attraction malfunction. This time, we go back once again to Dinosaur at Disney’s Animal Kingdom. It appears that the attraction broke down mid-way to the point that caused the lights in the dark ride to come on giving Guests an almost “behind the scenes” view.

One Reddit user found himself in the midst of the breakdown, near the scene where our time travelers would finally find the iguanodon and begin to make their daring escape back to the present.

Our time rover broke down near the end, we got a special behind-the-scenes tour of Dinosaur! from WaltDisneyWorld

Indeed, they didn’t make it. And while it is not mentioned it is safe to assume that these Guests were then evacuated off the ride.

We at Inside the Magic reported a similar situation that occurred on Dinosaur in 2019 where Guests were in fact evacuated with the lights on. Click below to see read more of that story:

Read More: Disney guests evacuated off Dinosaur after attraction breakdown–see the lights on!

But Dinosaur, or any attraction at Disney’s Animal Kingdom, really, is not known for its malfunctions and comes as a shock to us. Most of our attraction malfunction coverage comes from other animatronic rides like Splash Mountain, “it’s a small world” or–most notably–Carousel of Progress.

There have also been a few notable malfunctions on the EPCOT attraction Frozen Ever After.

Related: Elsa Animatronic Malfunctions in Frozen Ever After

Yes, ride breakdowns are routine, but they are newsworthy if they provide a new perspective on attractions we love and lead to delays or shutdowns that last the rest of the day or multiple days, potentially causing future Guests to have to change their plans.

Speaking of planning Disney World Vacations, our friends at Academy Travel are standing by ready to help you plan your most magical trip yet! Click here to learn more and to receive your free, no-obligation quote today!

Got a crazy attraction malfunction story that you experienced? Tell us about it in the comments!