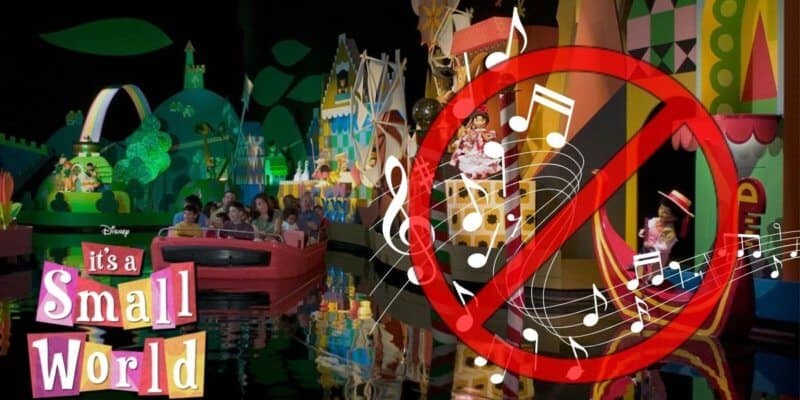 “it’s a small world” is a classic Disney attraction, located at both Walt Disney World and Disneyland Resort. Though some find the song a tad annoying, the lyrics are so important and many reference it on a day to day basis.

In case you aren’t aware, the story behind the song is as follows. According to the official Walt Disney World website, “It’s a Small World (After All)” is a timeless classic and one of the most well-known songs of all time. Walt Disney asked the Academy Award®-winning brothers, Richard and Robert Sherman, who were hard at work on Mary Poppins, to create a single song that could be sung by Audio-Animatronics figures in multiple languages.

However, some guests who decided to ride “it’s a small world” today in Disney World were in for a surprise — no music!

This Twitter user posted a video of them on the Fantasyland attraction. As they were on the boat going through the ride, there was no music playing in the background. You can hear the sounds of the water, however, you can see that there is no ‘it’s a small world after all’ music.

@WaltDisneyWorld riding its a small world and there’s no music! ? pic.twitter.com/I44WdCBFLh

It looks as though “it’s a small world” was down for about 10 minutes, which could be when Cast Members realized the music wasn’t playing and fixed it. At this time, we are unsure if the attraction is currently operating with or without the classic song playing.

it's a small world has been reopened after an interruption of 10 minutes. https://t.co/SFb0C2weIM #MagicKingdom #WDW #WaltDisneyWorld #DisneyWorld