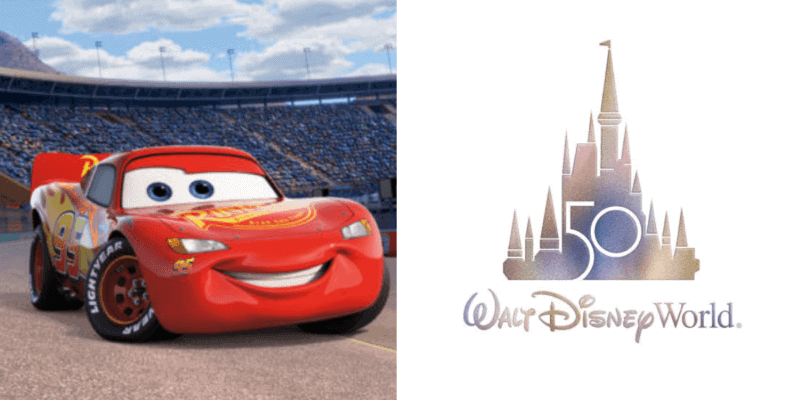 Yes, you read that headline correctly. Florida-registered car owners can now get a Walt Disney World 50th Anniversary license plate for their car and all the proceeds go to the Make-A-Wish Foundation.

Today we are sharing some exciting news for Florida-registered car owners – there’s now a way to be part of history and to help grant wishes for children who need them most. For the first time ever, a specialty Walt Disney World Resort license plate is available for purchase in honor of our 50th anniversary. Proceeds of the license plate will go to Make-A-Wish of Central and Northern Florida.

Disney has a longstanding relationship with Make-A-Wish, dating back to 1980, and since then, more than 140,000 Disney-inspired wishes have been granted, with more than 8,000 taking place each year at Walt Disney World Resort.

While the design of this specialty plate will be revealed at a later date, interested car owners can purchase a presale voucher now for $25 plus applicable state administration fees through local County Tax Collector’s offices and license plate agencies (DMVs) across the State of Florida.

We are busy planning our 50th anniversary celebration and will share more details in the months to come. To learn more about purchasing a pre-sale voucher for your license plate, visit flhsmv.gov.

We at Inside the Magic will keep our eyes open and will update our readers when the specialty license plate design is revealed. This will be the one and only Walt Disney World-themed specialty plate available in the State of Florida.

Florida residents already have a special place in the heart of Walt Disney World. Not only are we in driving distance of The Place Where Dreams Come True, but we also get special discounts on tickets and passes.

Related: Florida Residents: Visit Disney World for as Little as $49 a Day!

On October 1, 2021, the Walt Disney World Resort will turn 50 years young. Even though only the Magic Kingdom was the only theme park to open that day, the entire mega-resort will be primed for celebration at each theme park and resort hotel.

In preparation for the celebration–whose start date is still yet to be announced–, we have seen construction projects galore get underway from the Cinderella Castle makeover to the complete revamp of EPCOT’s Future World. New attractions such as TRON Lightcycle Power Run, and Guardians of the Galaxy: Cosmic Rewind will hopefully be opened as well as restaurants like Space 220. We also hope to see at least one new nighttime spectacular between now and the anniversary–EPCOT’s new HarmonioUS–as well as the opening of a brand new totally immersive resort hotel: Star Wars: Galactic Star Cruiser. It should be noted, however, that Disney has not officially announced the opening dates of any of these upcoming additions to the resort and we will update our readers as those dates are released.

While the pandemic stalled the projects for a great deal of time, and continues to raise concerns surrounding cost and Guest safety, we have no doubt that it will be on an unprecedented level of Disney Magic, and we cannot what to see what is in store for us.

We at Inside the Magic will also update our readers once more concrete information about Disney World’s 50th Anniversary Celebration comes to light and you can start making both your resort hotel reservation and park pass reservations for the day right now!

Planning a trip to Walt Disney World Resort for the 50th Anniversary Celebration? Our friends at Academy Travel are standing by to help you make this Disney World vacation the most magical one yet. Click here to learn more and to receive your free, no-obligation quote today!