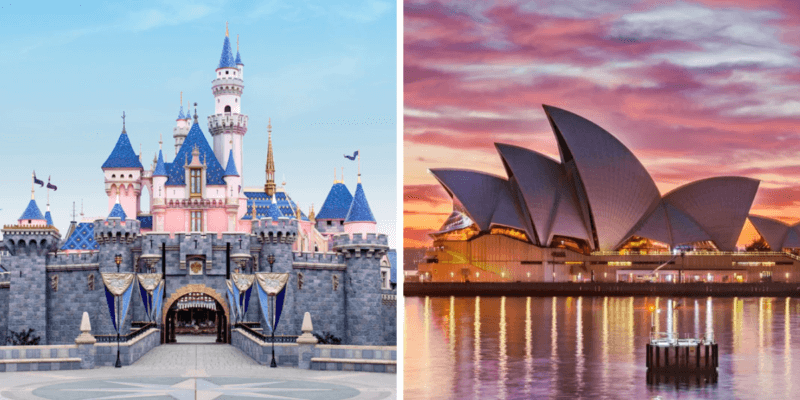 In total, Disney has 12 theme parks–5 of which are Disneylands–two water parks, and a plethora of hotels.

But some fans are saying that is not enough. One, in particular, has created a petition on Change.org asking the Walt Disney Company to give Australia its own Disneyland.

The petition is called “Time for Australia to have our very own Disneyland!” And its creator states the following:

I beg to differ.. I believe Australia HAS the population, not to mention the international tourism it would create as well, and the tourism market to make it just as successful as other Disneyland’s around the world.

The petition already has nearly 1,000 signatures and counting.

Right now, Australia’s closest Disneyland is located in Hong Kong. If Disney decided to build a new resort “Down Under,” it would mean that there would be a Disneyland on four of the earth’s seven continents. Only Antarctica, Africa, and South America would be Disneyland-less. It would also be the first Disneyland build in the Southern Hemisphere.

While Disney has several projects surrounding its Parks and Resorts ongoing or planned–including the major revamp of EPCOT, the completion of Avengers Campus at Disney California Adventure, and the multi-land expansion of Walt Disney Studios Park at Disneyland Paris–the construction of an entirely new resort on a new continent is not one of them. At least, not yet.

We at Inside the Magic will be sure to update our readers if there is any word from Disney regarding Disneyland Australia becoming a reality.