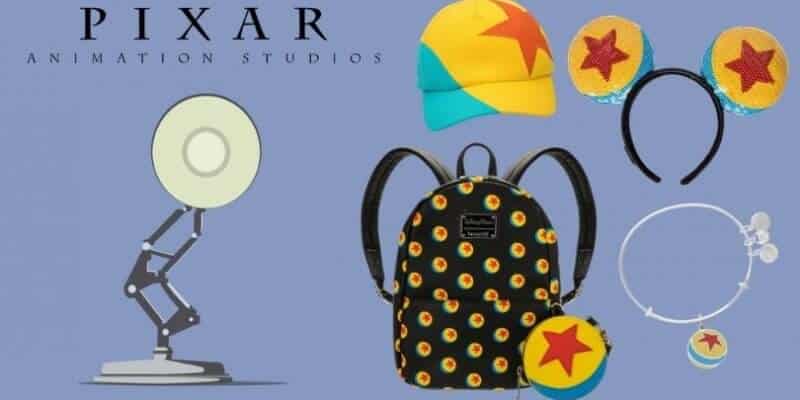 This year has been a big year for Pixar! One of the biggest Pixar animations, Toy Story, is celebrating its 25th anniversary. So, of course, there has been new Toy Story related merchandise out, like the Alien Remix collection that includes Alien Funko Pops, Pixar dinnerware and Pixar McDonalds Happy Meal Toys.

The attention and love that Disney has been giving to Pixar this year is heartwarming, specially with this year’s release of Pixar’s short film Out, with the new Pixar animation Soul coming up still this year, and Luca announced for 2021.

So, with the Disney Pixar hype all out this year, shopDisney is celebrating Pixar with ‘Celebrate Pixar Fest’ on their home page. The main page is highlighting all Pixar clothing, accessories, home apparel and toys!

The Pixar Luxo Ball ear headband by Loungefly is the accessory for any Minnie Mouse ear collector and lover, that is a Pixar fan! The sequin Pixar Luxo ball serving as ears is adorable, and fun. This pair of ears is going for $34.99 at shopDisney.

Related: 5 Heartwarming Pixar Shorts To Lift Up Your Spirits

To match the ears, Loungefly also has this Pixar Luxo Ball Mini Backpack with a matching Pixar ball coin purse. The mini backpack is being sold for $90.00 at shopDisney.

If the Pixar Luxo Ball ear headband is not for you, what about this baseball cap? It is being sold at shopDisney for $27.99.

New to shopDisney, there is also the Loungefly Mike Wazowski Mini Backpack from their Monster Inc. “we scare because we care” collection.

What is your favorite Pixar movie? Let us know in the comments!

Comments Off on Celebrate Your Love For Pixar With Some Amazing shopDisney Merchandise!