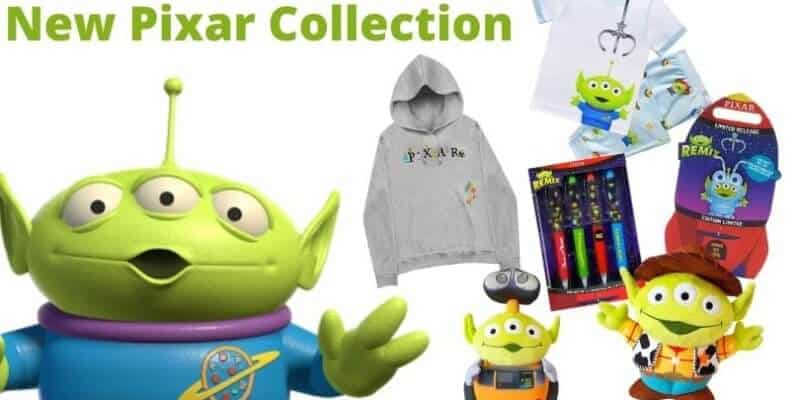 The iconic Toy Story Aliens have clawed — “Ahhh, the Claw!” — their way into shopDisney’s newest collection. The Alien Remix collection came as a way for Disney to celebrate Pixar original movies and characters.

The collection’s main attraction are the Aliens, but other Pixar movies are also illustrated like the characters from Monsters, Inc., Wall E, Up!, Finding Nemo, Inside Out, The Incredibles, and Ratatouille.

The collection premiered in early July, but Disney has held back on releasing all items at once. The first part of the line, featuring stationery, pajamas, and other clothing items are already up on shopDisney’s website. The second part of the collection will be released weekly starting Saturday, August 15th at 7 am Pacific.

Here are some of the items already on sale:

The next set of items in this series will be released on August 15, and it is just adorable! The next batch of Pixar Alien items will be plush and pins. The Aliens plush and pins from Toy Story will be dressed as beloved Disney and Pixar characters like Nemo, Woody, Wall-E, Sulley, Bo Peep, Russel, and many more.

These are similar to the Toy Story Alien Funko Pop released earlier this month. 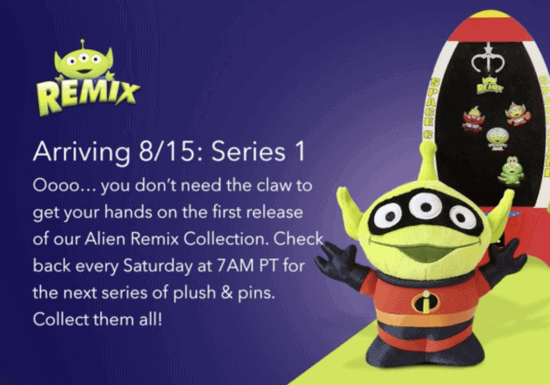 Here is a look at what’s coming up starting August 15th for this collection:

Besides the pins, the collection will also have a special pin holder for this collection. The pin holder is shaped as the Space Crane game inside Pizza Planet in the Toy Story movie where the Aliens were first introduced to the story.

This collection is certainly out of this world! And it’s definitely a great way for Pixar fans to celebrate their favorite Pixar movies and Toy Story‘s 25th anniversary.

Related: New Pixar Dinnerware Is the Perfect Companion for Any Meal

What is your favorite item in the Pixar Alien Remix collection, and why? Let us know in the comments below. 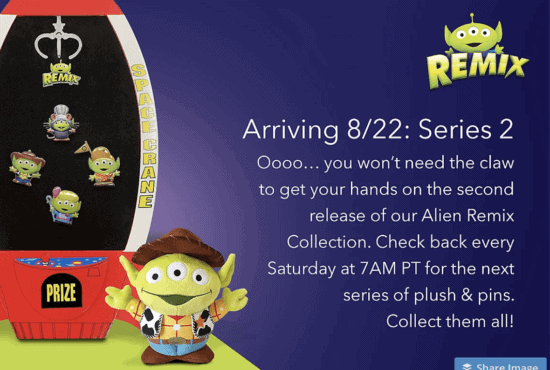