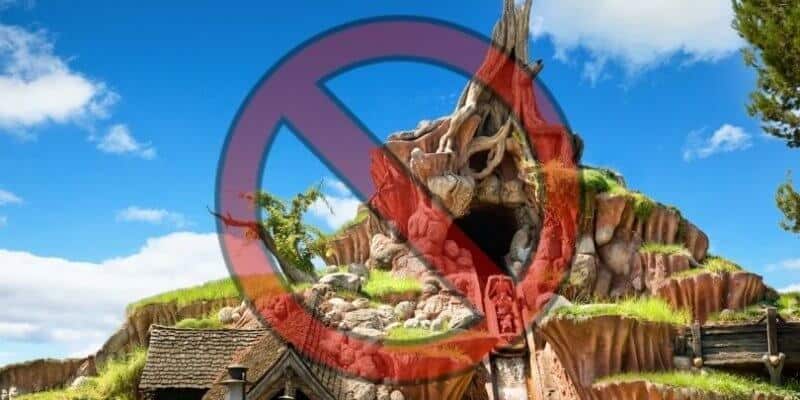 It wasn’t long ago that Disney announced that they would be retheming the Splash Mountain theme park attraction, (located in both Disney World and Disneyland) from the controversial film, Song of the South to the 2009 film, The Princess and the Frog.

Read More: Splash Mountain to Be Rethemed to ‘Princess and the Frog’!

Now, Disneyland Resort has quietly removed the famous song, “Zip-A-Dee-Doo-Dah”, which is also played throughout Splash Mountain, from the Disneyland resort esplanade music loop — the courtyard area in between Disneyland and and Disney California Adventure.

The iconic song, which is loved by many, was taken off of the music loop which constantly plays in the courtyard area between the two theme parks and this left many not only surprised, but confused. But now we have some answers as, according to OC Register, Disneyland has just released a statement on why this decision has been made.

“The removal of the song from Downtown Disney’s background music is part of a continuous process to deliver an environment that features stories that are relevant and inclusive, Disneyland officials said.

As of right now, Disney has not yet made an announcement on when Splash Mountain would be rethemed and the attraction remains open to the public at Walt Disney World Resort. Disneyland Resort’s two theme parks — Disneyland park and Disney California Adventure — remain temporarily closed due to the global pandemic.

If you aren’t familiar with the song, the lyrics read:

Mister Bluebird’s on my shoulder
It’s the truth, it’s actual
Everything is satisfactual

Are you surprised to see Disney remove the popular song from the music loop? Let us know in the comments below.