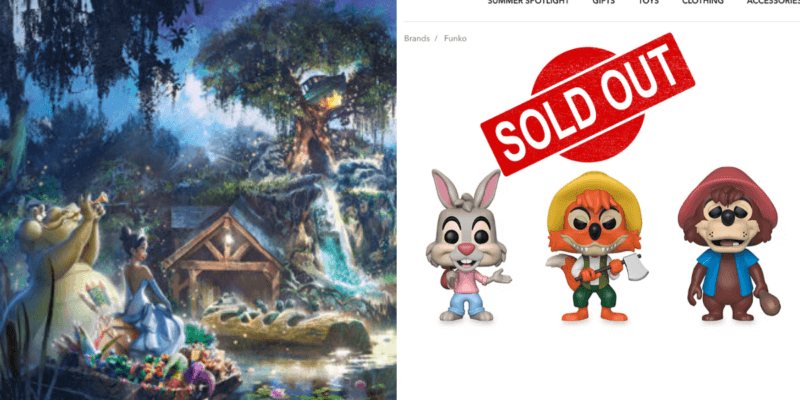 It has been less than a day since Disney announced Splash Mountain would be re-themed for The Princess and the Frog at both Disneyland and Walt Disney World, and it appears Disney fans are wasting no time in claiming their soon-to-be-collectible merchandise.

Upon further investigation, we found no other signs of the Splash Mountain merchandise on when searching on shopDisney.

Disney confirmed that change was coming for Splash Mountain on Thursday, June 25. Even though no construction start date was announced, this still means the days of Disney-official Splash Mountain merchandise are numbered. And Disney fans are rushing to get their hands on as much of the soon-to-be-discontinued merchandise as possible.

Disney also confirmed that, because of the current shutdowns and construction projects, fans of the classic attraction will be able to enjoy it one more time when the parks reopen, but it is unknown how much Splash Mountain merchandise is left in Disneyland and the Magic Kingdom or if Disney has any intention of restocking the shelves in the theme park gift shops. We advise our readers currently in the hunt for Splash Mountain gear to pick some up on their next park visit before the attraction closes and is reimagined to Princess and the Frog

What do you think about Disney changing Splash Mountain? Are you scrambling to get some merchandise before it is gone? Let us know in the comments!