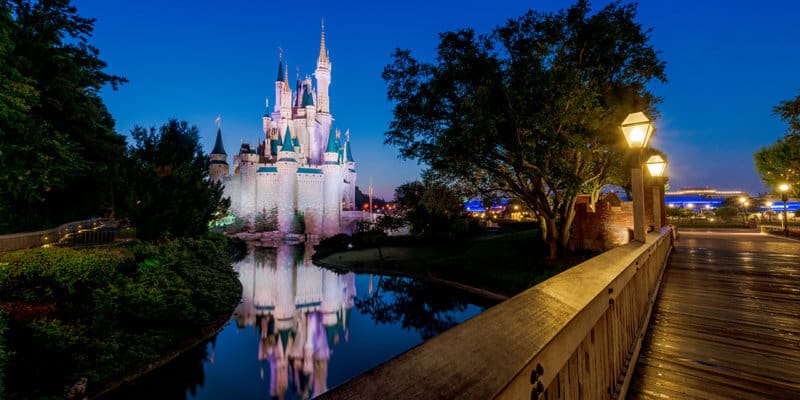 But despite this, thousands of employees of the Walt Disney World Resort remain furloughed.

As of July 15 — almost one month ago — Magic Kingdom, EPCOT, Disney’s Hollywood Studios, and Disney’s Animal Kingdom are open. But given the significantly reduced capacity, fewer activities, reduced number of hotels open, and only a fraction of Guests visiting the theme parks every day, there isn’t a need for every Disney Cast Member to return to work at this time.

The Orlando Sentinel reported this week that around 10,000 out of the 18,000 Disney Resort hotel housekeepers and food/beverage workers who are part of the Unite Here Local 737 union haven’t returned to work yet, said union leader Jeremy Haicken.

Haicken shared with Gabrielle Russon of the Orlando Sentinel:

“It’s an enormous number. All of them are at the mercy of this horrible unemployment system. They’re now living at most $275 a week while the Congress and the president squabble. It’s unreal what people are going through,” Haicken said. “At the moment, there isn’t a light at the end of the tunnel.”

But that number represents only a fraction of the Disney World Cast Members who haven’t been called back to work. The Walt Disney Company furloughed over 100,000 employees months ago. While that number includes employees across the entire company, many of these employees are Cast Members at the Disney Parks and Resorts — and it took a while for many to receive unemployment benefits, if at all. Disney World CMs have been returning to work gradually, though some still don’t know when they will be called back.

And although the Disney theme parks and hotels aren’t yet open on the West Coast, similar sentiments are felt by Disneyland Resort Cast Members. Some have been able to return to work — especially with Downtown Disney reopened since last month — but many who work at Disneyland, Disney California Adventure, or the three onsite hotels are still in the dark when it comes to any information pertaining to their recall dates.

We’ll continue to stay up-to-date with the latest information pertaining to Walt Disney World Resort and Disneyland Resort operations as it is released. We’re sending our well-wishes to all of the magic-making Disney Cast Members who are still furloughed due to the Disney Parks and Resorts closures because of the pandemic.

Read More: Disney Workers Protest Unemployment – “This System Has Been Failing for Years”