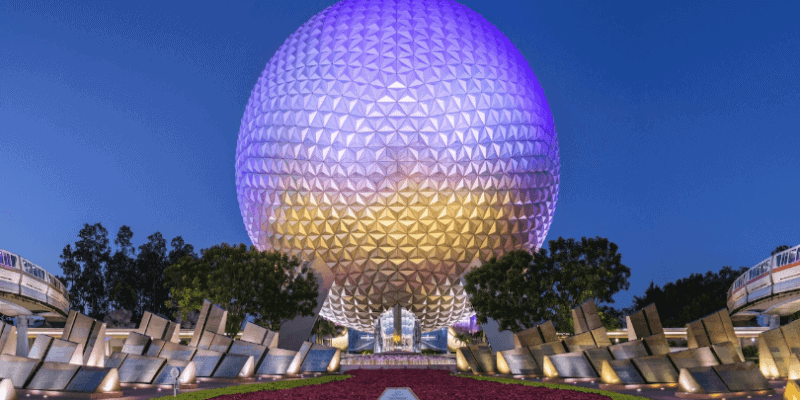 There are always multiple sides of opinions to a topic, which is much of what we’ve seen in the US lately, and a person can feel and understand many perspectives to create a clash of emotions within.  Just think about Inside Out with all those emotions living in one body.

In an anonymous article published in Slate, a full-time Cast Member at EPCOT shared their thoughts as Walt Disney World started their phased reopening of theme parks almost two weeks ago with Magic Kingdom and Disney’s Animal Kingdom on July 11 and Disney’s Hollywood Studios and EPCOT on July 15.

From what this Cast Member shares, you can see that they’re one that’s feeling many different ways about the reopening of the parks, and we’re sure they’re not the only Cast Member with mixed feelings.  We’ve seen Cast Members share their return to work experience before the the Walt Disney World Theme Parks reopened, as well as, those at Downtown Disney over at Disneyland Resort whose theme parks are not set to reopen yet.

This full-time attractions Cast Member at EPCOT shared that when the Disney Parks initially shut down for a temporary closure, they welcomed the paid break from work with everything going on thinking that it would only be for a couple of weeks.  After having four months go by without returning to work, they were excited to be back making magic for Guests at EPCOT.

Returning to work has been different though, with the mixture of having to give exceptional customer service along with being strict on new health and safety measures.  They mention that although they have not experienced any confrontations over the new healthy and safety measures, with the opposing views as mentioned before, they’re always a little nervous that it could happen.

“At work, you have to keep a smile on your face all day, and that gets to be a lot. A lot of us were pretty excited to be able to just sit at home and not have to talk to anybody or go anywhere.

Now, four months later, when we first started hearing rumblings that we were going back, I was just excited to be able to get out of the house. But the more I sat down and thought about it, I was just anxious.”

This CM’s roommate also recently had a scare with the pandemic. And with having to presume the roommate would test positive, the Cast Member was asked to self-isolate without pay until they got their test results back.

So what are their thoughts with the Walt Disney World Resort remaining open with reported cases being on the rise?  Well, here’s where the mixed emotions really come into play. Health and safety is a priority, but they, as well as another Cast Member who feels like the Disney Parks are an alternate reality, also have concerns about Florida’s unemployment system.

Even though no cases have been linked to the Florida theme parks reopening yet, this Cast Member would support closing if cases did continue to rise only, and if they could have some financial support in unemployment.

“With cases spiking so much in Florida, I’m not sure what conditions would make the park shut down again. My co-workers and I even asked my management team, and they’re not sure either. I’m sure that Disney does have some plan stashed away in a room somewhere, but none of us are privy to that information right now. If things keep going in the direction that they are, I would be in favor of closing—but it also depends on if the Florida unemployment site will be kind to me this time.”

No matter what your thoughts, opinions, and views are, it’s important to remember to be pleasant with Cast Members when you’re visiting the Disney Parks.  As this Cast Member says, they are there out of necessity and Guests are there by choice.  Their job is to help you enjoy your vacation in a safe way.