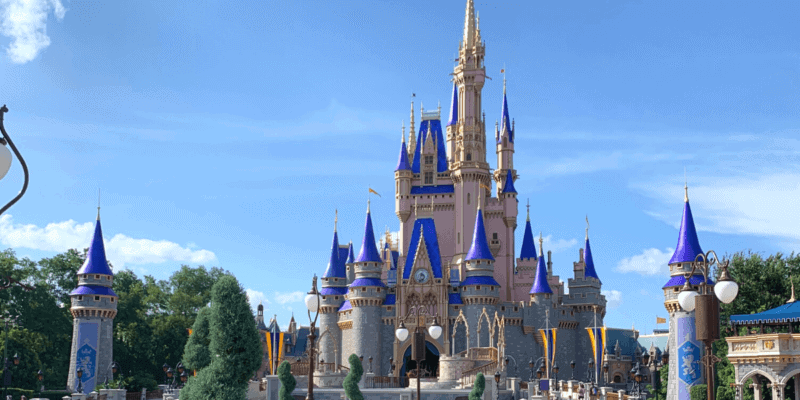 Walt Disney World Resort has been moving forward with reopening. The shopping and dining center Disney Springs reopened on May 20; the Disney Resort hotels began reopening on June 22; and the theme parks began reopening to the public on July 11. Now, all four Disney World theme parks have officially opened their gates and are welcoming Guests with open arms (but without hugs from Mickey). This has left many curious about what’s it like to go back to work if you’re a Cast Member.

Cast Members across the country have voiced their opinions on returning to the Disney Parks. Petitions have been started on both coasts in an effort to keep Disneyland Resort in California and Walt Disney World Resort in Florida from reopening amid the pandemic. And while California has decided to put Disneyland’s reopening on hold, Florida is welcoming the reopening of the Magic Kingdom and more.

Kate (whose name has been changed to protect her identity — she is also not included in any of the images accompanying this article) recently spoke with The Cut about what it’s been like to return to the Most Magical Place on Earth as the pandemic continues to surge in Florida. She also shared her concerns with Florida’s unemployment system and how Cast Members can often feel that they don’t have a choice in the matter.

“It’s just hard now when numbers are spiking so high in the state,”said Kate, who was called back to work in June. “I personally try to take every precaution I can, but I know that not everyone is as careful.”

She provided some details on what her first day back was like. Disney has stated that strict health and safety precautions are being taken for all Cast Members, and Kate’s accounts of her experience returning to Disney World sound consistent with what Disney has shared.

“The first day back, everybody has to go through a new training, where they go over the new procedures,” she said. “They give you special masks, and also a face shield to wear if you’re going to be within three feet of anybody. We also got issued a thermometer and safety goggles. And now there’s a health questionnaire you’re supposed to answer every day when you come in, and then they take your temperature again before you go into the park.”

But how did it feel to actually return to the magic, as Florida is still in the thick of a pandemic? For Kate, the experience was bittersweet.

“My favorite thing to do used to be to watch people’s reactions during the firework shows because you see this mix of people from all backgrounds, all together in awe and happy in one place,” she stated. “But now the park has a limited capacity — it’s about 25 percent — so it’s sort of an eerie feeling.”

She also said that even though Disney is making an effort to keep the magic alive in the parks, it does feel different, something that members of the Inside the Magic team have agreed with since visiting the Disney World parks after they reopened. Kate shared, “It’s kind of apocalyptic. It’s kind of like you’re in an alternate reality. You’re happy to see a sign of normalcy, but you’re also nervous.”

Disney has reiterated that they want all Guests and Cast Members to feel safe when visiting the parks, and many feel safer on Disney property than they do anywhere else, based on the fact that all Guests ages two and up are required to wear appropriate face coverings, and everyone must have their temperature checked before entering the parks.

Kate is among those who feel safer at Disney World than going to a restaurant off-property, for example. But she shared that, like herself, her coworkers have mixed feelings about the reopening, as well. Some feel that it’s too soon for the Disney Parks to be open, but others feel that they need to return to work in order to make a living.

“I have mixed feelings about reopening. Safety should always be the No. 1 priority. But I also think if every restaurant or bar was being as safe as Disney is, things would be better,” she said. “Given all the precautions it has in place, I feel safer at Disney than I would going out to a restaurant. But a lot of what I’m hearing is frustration with [unemployment pay] and obviously concerns about the money running out and then not being able to have a job.”

The Cast Member also went into detail about unemployment, and the issues that herself and others have faced with the system: “I would love to be able to stay at home and not put myself at risk. It’s kind of messed up that I make more on unemployment right now than I do working full time, and I have to be out suffering in the heat in a mask and a face shield. It shouldn’t be this way.”

Overall, Kate says that she helps these stories show others how “messed up the system is.” She said that sometimes, people can fall on hard times (like losing work because of a pandemic, for example) and they then have to deal with the flaws of the unemployment system.

During these times, Cast Members like Kate are working in the theme parks and reminding Guests to be safe, wear their face masks appropriately, and abide by social distancing measures. It’s her story and the stories of so many others that serve to remind Guests of the importance of taking health and safety seriously when visiting Disney properties all around the world.

Read More: #CastCompliment – How to Thank a Disney Cast Member