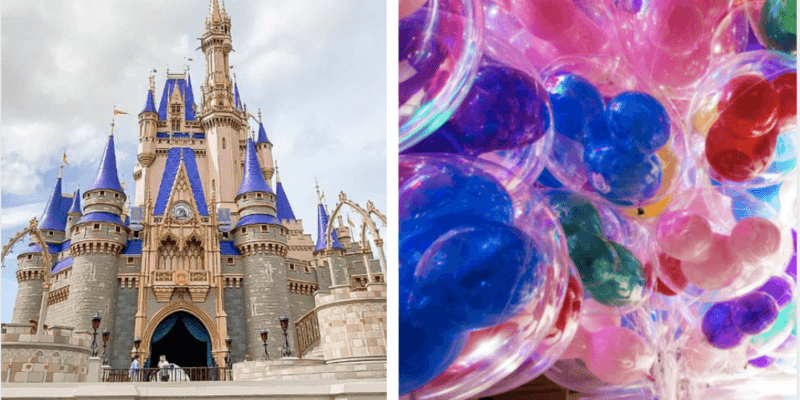 Disney Parks around the world have slowly reopened after their temporary closures earlier this year, including Walt Disney World Resort in Orlando, Florida.

As COVID-19 cases have continued to spike throughout the Sunshine State, the reopening of Disney’s largest theme park destination has sparked its fair share of controversy, particularly as Disneyland Resort in California remains closed.

Now, a Disney World Cast Member Kinsey Doerr has spoken exclusively to Rolling Stone about the pandemic work conditions in the park.

According to the Rolling Stone article, Doerr:

is a ride operator at Space Mountain in Tomorrowland, the futuristic section of Disney World’s Magic Kingdom; she’s also the shop steward of UNITE HERE! Local 362 in Orlando, one of the unions for Disney World “cast members” (the company’s term for park employees). She started out as a lifeguard at Disney hotels and water parks, then in 2018 transferred to attractions at the Magic Kingdom to work at Space Mountain, her favorite ride.

During her interview, Doerr spoke about how Disney Cast Members felt when they first found out they were being furloughed in the spring, when the coronavirus outbreak first became a major issue in the United States. She said:

“When we found out we were furloughed, I think that people thought it was very unnecessary at the time. Most people that I talked to thought we’d be closed for a week or two. I didn’t really understand how long we would be closed for, let alone that it’d last three and a half months. So it was just a very surreal time. All the cast was very confused.”

Anyone who frequents the Disney Parks can attest to the fact that it was a very complicated time. As an Annual Passholder at Disneyland, I was sitting in New Orleans Square the moment Guests were notified of the March 14 Disneyland Resort closure.

Cast Members I encountered that day were extremely confused about what was happening, and it seems that the same was true on the East Coast.

Walt Disney Company officials and Disney theme park executives have stressed safety and sanitation for all Cast Members and Guests throughout the phased reopening of Disney World and other Disney properties around the globe.

When she spoke to Rolling Stone, however, Doerr shared details about Cast Member safety processes:

“Where I work in Magic Kingdom, we have to take a bus into work from the parking lot. So when we go to the bus, we have to make sure that we’re wearing our masks, and then we get safety goggles that are issued to every person that has to take that bus. And then once we get off the bus, normally we would just walk to work, clock in, hang out in the break room, but instead, you get in a line. They send five or 10 people into a room to clock in together and you have to use hand sanitizer before you clock in, and then you punch in, and then you have to use hand sanitizer. Then you go to a manager and they ask if you have passed all of your self-assessment checks, which are basically, have you tested positive for COVID, or have you been exposed to anyone who’s tested positive. Then you actually get your temperature checked — every single day — by management, which seems great because they’re doing that for guests [too], but as we all know, there’s a lot of people that are asymptomatic with COVID-19. So I don’t know how much that’s necessarily helping in the long run.”

Although many of these new Disney procedures are great, Doerr did acknowledge that asymptomatic COVID-19 carriers could potentially pass the temperature screening process, whether they are workers or Disney theme park Guests. She also expressed some additional concerns about Cast Member safety, saying:

“We’re not required to be tested at all. We don’t have any Disney-only testing centers. We don’t have any mandates that say we have to get tested if someone in our area tests positive for COVID-19. They may tell our leadership about it. Our leadership doesn’t have to tell us. Some cast members have taken it upon themselves to inform everyone they work with that they’ve tested positive and basically telling you you should go out and get tested. But Disney will not [necessarily] tell us if anyone that we work with has tested positive.”

This was confirmed by an internal email shared with Rolling Stone, which states that Disney “will not disclose specific information about employees who have confirmed COVID-19 cases” but will share the information with close contacts “as needed.” Another cast member said that if cast members test positive, they are supposed to tell their managers, who are supposed to inform other people who work closely with them to get tested and quarantine for two weeks. Disney said it has consulted with public health agencies to implement protocols if someone tests positive.]

“I think for the most part, our managers understand the severity of COVID-19 and that we’re still in a global pandemic. I think that some of them take it a lot more seriously than others…Going into work every day is very nerve-wracking. It gives me a lot of anxiety knowing that there are people who might have the disease and just haven’t told anyone about it, or that they have told management about it and management hasn’t told us. It’s scary. We don’t know the exact amount of cast members that have been sick. I know personally of a few cases as a shop steward.”

While Doerr does not speak for every Disney employee, it’s safe to assume that many others feel similarly about their Disney Park’s current work environment.

What do you think about current Disney World Cast Member work conditions? Should Walt Disney World Resort have reopened when it did in your opinion?