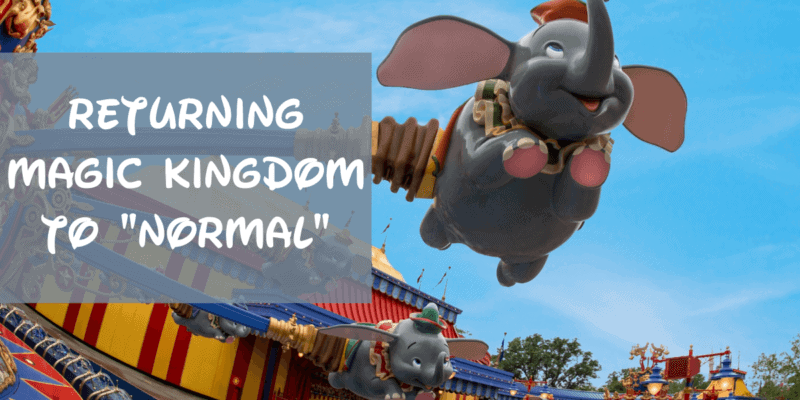 Since Walt Disney World reopened its gates to Guests, I have written several honest reviews about what it is like nowadays. While I have been able to look on the modified experience with positivity and optimism, I am also a realist and face the fact that current Walt Disney World experiences are far from normal.

Regardless of how we feel about it, we are now forced to make compromises in order to enjoy some semblance of a magical Disney day. Of course, we have to wear face masks, and we have to make Disney Park Pass reservations. But there is even more at play. Fireworks are suspended; shops and restaurants remain closed.

After spending several days in the theme parks by now, I believe there are some ways Disney World can make some strides back to normalcy, even if we can’t stop wearing masks and we have to maintain social distancing.

So, here are three ways Magic Kingdom can start to feel normal again.

1. Bring Back Shows and Fireworks 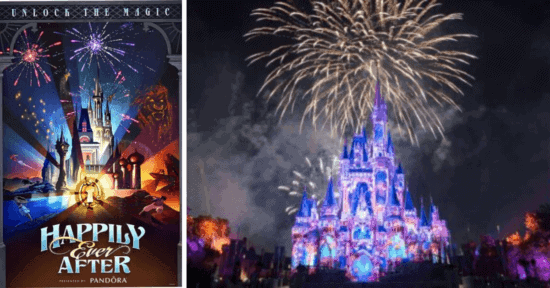 I understand that the point is to prevent crowds from congregating, but I believe that Disney World could enforce proper social distancing to the point that the fireworks could return (they have done so at Shanghai Disneyland).

Just as they placed distancing markers in the ride queues, I can see Disney placing squares across the Hub and down Main Street, U.S.A.–to use Magic Kingdom as an example–as well as behind Cinderella Castle in Fantasyland, and on the Main Street Train Station platform to allow people to stand and watch safely. Magic Kingdom has also already sectioned off the Tomorrowland Terrace as a “relaxation zone.” So a select number of Guests would presumably be able to watch from there as well. Those standing squares could also be put to use for shows throughout the day such as Mickey’s Royal Friendship Fare.

No, there probably will not be room for everyone, but Disney has already made so many advances with virtual queues that I have no doubt they could easily adapt the system for fireworks and show viewing. Also, those lucky enough to get a spot will be able to enjoy Happily Ever After with their own personal space.

2. Reopen Everything in the Park

It made me think of one of my last visits to DisneyQuest, sitting in what remained of that restaurant and seeing so many of the once major attractions shut down. Like DisneyQuest, the shuttered areas gave the park a rather decaying feeling.

I understand that perhaps some stores and restaurants don’t need to be open because the crowd density is so low and they need to cut costs. But having everything open–even minimally staffed–signals a further return to normalcy. It drives home the idea that we can still do almost everything we could do before the closure. That the park is operating as normal save for the masks, distancing, and cleaning.

Also, when we see a store or restaurant closed, we ask “why?” and then have an “oh yeah” moment that immediately reminded of the current realities we are trying to briefly escape by being at Disney World. The masks and temperature checkpoints already remind us enough.

3. Increase the Number of Character Sightings

Let’s see more characters around the park. While I spoke positively on the modified character interactions, I believe that more could be done when people go beyond the parade route.

We are used to going around the theme parks to specific character spots. For instance, we know that Cinderella, Belle, and other princesses are waiting for us in Fantasyland. We know that Stitch, Buzz Lightyear, and The Incredibles can be found in Tomorrowland. In my opinion, there is no reason why we should not be able to still expect that.

Disney has continued to add more characters to the parks, and they should keep it up. Having more characters in their themed lands will light smiles under every mask and bring us closer to normalcy.

What all three of these points have in common is that they are all signs that the Magic Kingdom is resuming typical operations before the parks temporarily closed. Sure, we still have to be mindful of social distancing, and we still have to wear the masks. But I truly believe that does not necessarily have to hinder Disney from resuming more normal operations.

We can still watch the fireworks; we can use mobile ordering to pick up a LaFou’s Brew at Gaston’s Tavern; we can say hi to Stitch on our way to Space Mountain.

Even with the face coverings and the physical distancing, I believe our Magic Kingdom experience can be a lot closer to what we have right now, at the very least through these three ways.

What other ways do you think should happen so the Magic Kingdom can return to some form of normalcy? Let us know in the comments!

Book your next trip to Disney World with Academy Travel!