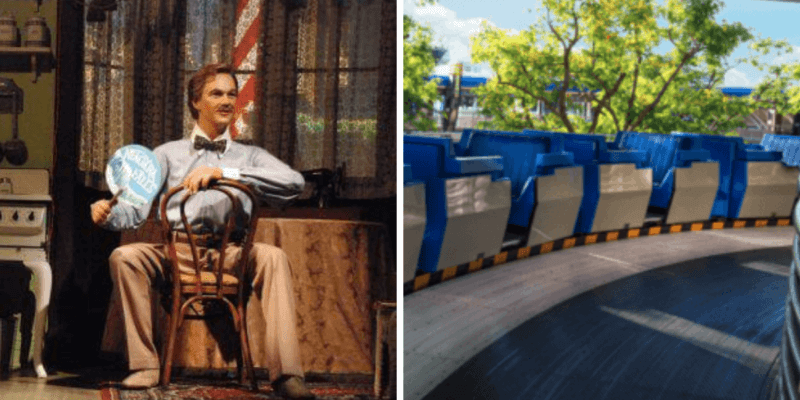 We reported on the PeopleMover’s closure first simply because it never reopened with the rest of the park earlier this month. Walt Disney World still has not issued a statement on the matter, nor has it categorized the attraction on its website as being closed for refurbishment. There is also no word for when Guests will once again be able to take a grand circle tour of Tomorrowland.

While there is no proof of anything, this Inside the Magic reporter speculates that the PeopleMover’s closure could be connected to the ongoing construction of the new Tron-themed roller coaster. The autonomous train’s course takes it very close to Tomorrowland’s new addition, possibly giving on-lookers a vantage point Disney is not yet ready for them to have.

Since the reopening of Magic Kingdom, the PeopleMover–for a time–was the only ride closed due to unconfirmed reasons. Walt Disney World had confirmed that Stitch’s Great Escape will officially close. The area was turned into a meet n’ greet area, but the new health and safety policies have forced it to remain closed. The same policies appear to have also closed the Monsters, Inc. Laugh Floor across the thoroughfare.

On July 29, we learned that Walt Disney’s Carousel of Progress was closed for unconfirmed reasons. The animatronic stage show has been known to experience technical difficulties, but Disney failed to confirm them as the reason for the closure. The show remains closed today.

We can deduce that it is an unexpected closure because, unlike the PeopleMover, Disney World does not list Carousel of Progress with all the other attractions marked “Schedule Unavailable.” It is still scheduled to be up and running.

“Why are you reporting this? Attractions go down all the time!” 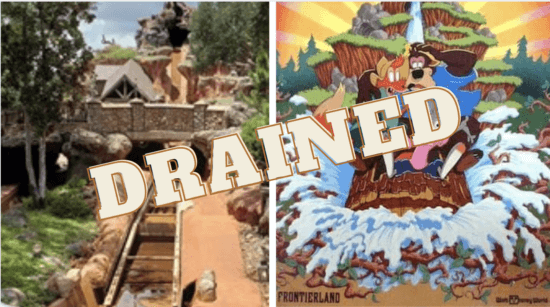 Yes, ride closures are common and are an everyday event in the theme park world, but we at Inside the Magic strive to keep our readers informed on the current happenings at the Magic Kingdom Park and every other theme park at Walt Disney World. On top of that, these ride closures are different than the typical “temporary down time”.

These two Tomorrowland ride closures are also out of the ordinary in that they are happening for unconfirmed reasons. It is easy to assume that they are down for technical issues, and we can have some fun doing a little speculating, but until Disney itself confirms the reason, we can never say we know for sure.

Many Guests–many of whom read our site–have a favorite attraction in the park. The overall enjoyment–even purpose–of their Walt Disney World Trip, or Disney Parks Vacation in general, can be dependent upon experiencing a very specific attraction like the PeopleMover or the Carousel of Progress. We want to ensure these Guests to be aware of the status of their favorite ride.

But while we will continue to work to stay on top of the status of Disney attractions, it always pays to have experts helping you stay up-to-date on every aspect of Walt Disney World as you prepare for your next trip. That is why we continue to recommend our friends at Academy Travel. Their travel agents will work with you so you arrive with the proper expectations, and have the most magical Disney vacation yet. Click here to get started and receive your free, no-obligation quote today!