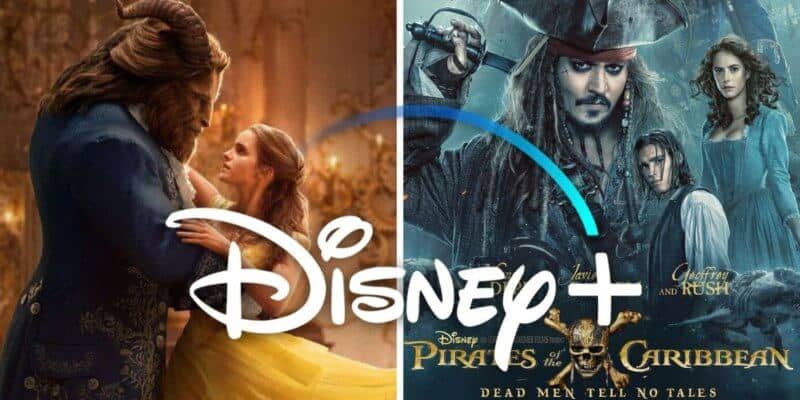 Not one — Not two — Not three — but four live-action Disney films will be coming to Disney+ early!

If you are a fan of Disney’s live-action films you are going to love this news. Some of Disney’s most beloved live-action movies have been noticeably missing from the streaming service, however, now it looks as though Disney is now making them available to subscribers. But the better news? These films are coming earlier than originally expected!

The Jungle Book, Alice Through The Looking Glass, Beauty and the Beast, and Pirates of the Caribbean: Dead Men Tell No Tales, have all been confirmed to arrive on Disney’s streaming service — Disney+ — in the United States earlier than we expected!

The Jungle Book originally had a Disney+ release date of May 30 2021, however, now the release date reads June 19th 2020. — Almost a whole year earlier than planned!

Jon Favreau’s live-action The Jungle Book is based on the original Disney Animated Classic of the same name. The movie follows Mowgli, a child who was raised in the jungle by wolves. According to Disney+, “When he’s threatened by fearsome tiger Shere Khan, Mowgli — a man-raised cub in the jungle by a family of wolves — is forced to abandon the only home he’s ever known, embarking on a captivating journey of self-discovery.”

Alice Through The Looking Glass

Alice Through The Looking Glass is now heading back to Disney+ — almost two years earlier than originally announced! Instead of arriving to the streaming service on July 11th, 2022, the live-action film will now be arriving on August 28th.

The official Disney+ description of the film reads, “When Alice comes across a magical looking glass and returns to the fantastical realm of Underland, she discovers that her friend The Mad Hatter (Johnny Depp) has lost his Muchness and embarks on a perilous race to save him before time runs out.”

Disney has updated the release date for the 2017 live-action remake of Beauty and the Beast from October 1 2020 to Friday, August 21st.

Based on the original Disney Movie by the same name, this live-action film follows the story and characters that we all know and love as they come to life. “Experience the fantastic journey of Belle, a bright, beautiful and independent young woman who, seeking to rescue her father, is taken prisoner by a Beast in his castle.” — Disney+

Pirates of the Caribbean: Dead Men Tell No Tales

Pirates of the Caribbean: Dead Men Tell No Tales is the last of the four Disney films to be moved up — This one moves from December 2nd, 2020 to Friday, July 24th, 2020.

The official Disney+ description of this Disney film reads, “Captain Jack Sparrow is pursued by old rival Captain Salazar and a crew of deadly ghosts who have escaped from the Devil’s Triangle. They’re determined to kill every pirate at sea… notably Jack.”

Are you excited to see these four live-action Disney films come to the streaming service earlier than expected? Let us know in the comments.