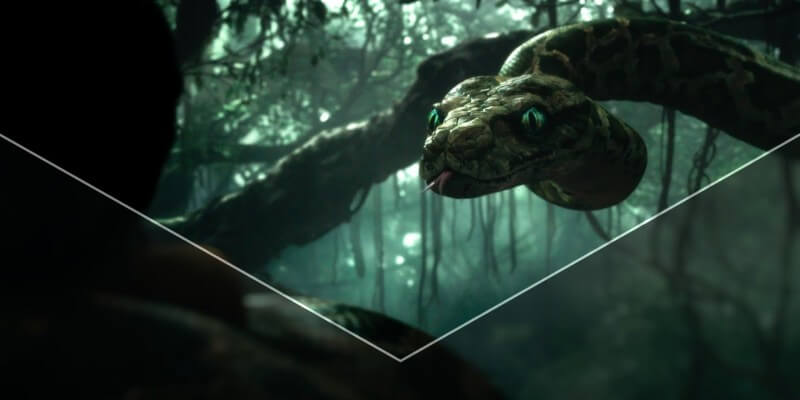 With Disney’s newest live-action epic The Jungle Book breaking box office records around the world, we now have a little break from building up the height of the movie to just celebrate some of the more nuanced and enticing areas of the film. One of which being the snake Kaa played by Scarlett Johansson.

Most will remember the character from the 1967 animated version of the film, where the classic song “Trust In Me” was sung by the great Sterling Holloway. The song itself wasn’t featured in the movie, although it did make an appearance during the credits of the film. Lucky for all of us, Disney has released an official music video featuring ScarJo singing the slithery track — with a bit of an auto-tuney remix by mega-producer Mark Ronson.

I kind of dig it! It’s really spacey and I’m kind of grateful that they didn’t get one of the Descendants to sing it or something. Anyway, for all things Disney, stick with Inside the Magic!

Disney’s The Jungle Book is in theaters now and the soundtrack is available on Walt Disney Records.