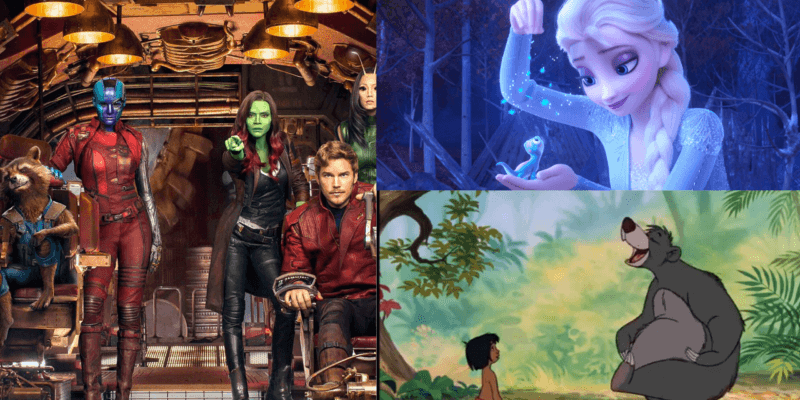 If you’re like me and spend a lot of time either working from home or out and about listening to music, Spotify is likely one of the many services you’re subscribed to.

I’ve had Spotify since the times where Spotify was an invite-only service, and in those years have collected a number of Disney Spotify playlists that I thought I would share with you all.

Let’s start things off with the official response on creating a Disney playlist. This one created by Disney includes over 4 hours of Disney music.

From classics like “Chim Chim Cher-ee” from Mary Poppins to newer hits like “Loyal Brave True” by Christina Aguilera that is set to debut in the upcoming Mulan movie, this playlist has a great selection of Disney hits.

Though this is a great playlist, I have taken a lot of the remakes/newer stuff out and created my own playlist to better suit my personal Disney tastes!

Okay, this is one I created myself because I couldn’t find a playlist that included everything I wanted in a single place.

There’s no denying YouTube is the best destination for listening to theme park music loops, but I wanted a playlist on Spotify where I could listen on-the-go to songs that reminded me of Disney’s theme parks.

In my playlist, you can enjoy songs from each of Walt Disney World’s four main theme parks, Magic Kingdom, EPCOT, Hollywood Studios, and Animal Kingdom.

Hope it brings you as much joy as it brings to me on a regular basis!

Though this one might seem a bit odd, Oga’s Cantina can be found at both Disney’s Hollywood Studios and Disneyland, and I still think it’s one of the best Disney Parks soundtracks in existence. The level of work that went into putting together this tracklist is simply astounding, and it takes me back to one of my favorite experiences I’ve ever had in a Disney theme park.

Hitting almost 5 hours in length, this Marvel playlist is great because it goes far beyond just what we’ve seen in the MCU.

The playlist includes all of the MCU favorites from the likes of Guardians of the Galaxy and Captain Marvel but also includes some of the best songs from past Fox and Sony Marvel movies like X-Men: First Class, and Deadpool.

Disneyland Paris shares a lot of its music with other Disney Parks in the world, but it also has some wonderfully unique music that stands it apart from the other locations.

This almost 10-hour playlist includes music from inside the parks and some of the great movies that are featured in the attractions inside the resort.

One of Disney’s best parades is also featured here, Dancin’ (A Catchy Rhythm).

How could I leave the park that started it all out of this list? This playlist has a collection of 38 songs that will remind you of the wonders of Disneyland.

From the original dedication of Disneyland by Walt Disney himself to attraction soundtracks from Radiator Springs Racers and Indiana Jones Adventure, this playlist is a truly great reminder of just how much work goes into getting the music right for the parks.

The Best of Star Wars

Created by Spotify themselves, this collection of 67 songs from the Star Wars franchise is made even better by the fact the bottom part of the window is a Lightsaber that you can change.

The last playlist on the list does have a bit of crossover with the first, but this collection of 95 classic Disney songs are a must for any Disney fan who wants to relive some of the best Disney movies ever created.

With tracks such as “Whistle While you Work,” “Who’s Afraid of the Big, Bad Wolf,” and “The Three Caballeros,” this playlist has a great selection of tracks for those who enjoy the classics.

Do you have a favorite collection of Disney songs? Let us know in the comments below!