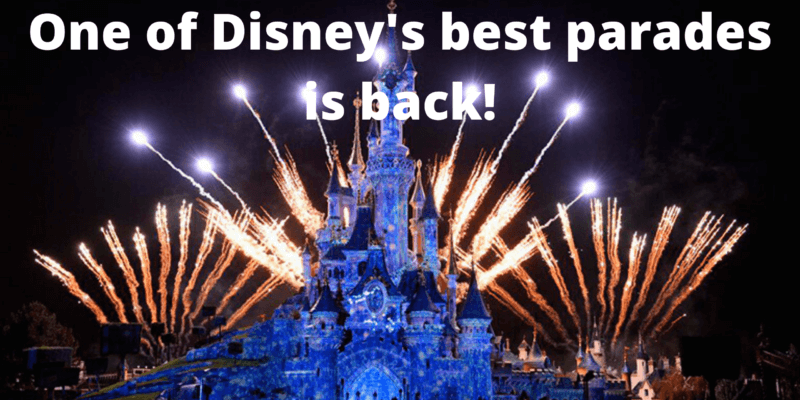 It’s been 13 years since The Wonderful World of Disney Parade was last seen at Disneyland Paris. It remains one of the most beloved parades to ever grace a Disney Park, and the song “Dancin’ (A Catchy Rhythm)” was produced by Jay Smith and Vasile Sirli exclusively for the parade.

Despite the parade not being around since 2007, it remains very close to many Disney fans and Cast Members.

Current and former Disneyland Paris Cast Members have come together to perform the dance routine one more time. Check it out below:

160 different cast members got involved in the creation of this video, all dancing along from the comfort and safety of their own homes. For someone like me who grew up with this parade at Disneyland Paris, it’s incredible to see.

The original Wonderful World of Disney Parade first appeared at the Disneyland Park in Paris in 1998 and took a short hiatus in 1999 before returning in 2001 and ending for the last time in 2007.

I have fond memories of dancing along to this parade as a kid in Disneyland Paris and it’s so cool to see cast members reunited for another showing of this monumental Disney parade. It’s one of the few parades at the theme park that I genuinely felt compared to some of the U.S. theme parks and parades such as Magic Happens.

If you’re feeling some retro Disneyland Paris vibes then be sure to check out this showing of the old fireworks show Disney Dreams!

Do you have fond memories of The Wonderful World of Disney Parade at Disneyland Paris? Let us know in the comments below!