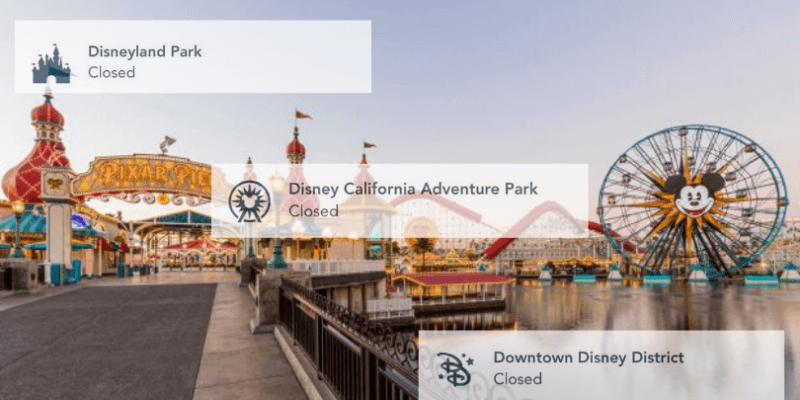 Based on new updates from the state of California, many Disney fans are left wondering: Will Disneyland Resort’s reopening be delayed even further? Here’s what we know so far.

The state of California is slowly reopening based on Governor Gavin Newsom’s plan. Currently, the state is still under a shelter-in-place order, with county officials continuing to approach reopening with caution.  Even Los Angeles County is saying that stay-at-home orders could last at least three more months, and Orange County — where Disneyland Resort is located — is closely following Gov. Newsom’s recommendations when it comes to reopening.

When Will Disneyland Reopen?

So how does this affect Disneyland? Well to start, former Disney CEO and current Executive Chairman Bob Iger is working with the California governor on the task force to reopen the state. Given this, it’s clear that Disney and California are working together closely, which many believe means that Iger won’t go against Newsom’s recommendations when it comes to reopening Disneyland Resort in Anaheim.

And even when California enters stage three or four of reopening, Disney has not officially announced how soon Disneyland Resort will reopen. Since park hours have been removed through June 21, however, many fans don’t think a reopening date will be coming anytime soon.

Will Disneyland and Disney World Reopen at the Same Time?

Beginning May 20, Disney Springs (Disney World’s much larger version of Downtown Disney) in Florida will enter a phased reopening. That means that restaurants and businesses that are not owned or operated by Disney will be able to open their doors starting May 20 (though not every business will be opening that day).

However, it’s clear that while some parts of Walt Disney World Resort are beginning to reopen, that’s not the case right now over in California at Disneyland Resort. There have been no official announcements regarding a phased reopening of Downtown Disney. However, when more Orange County restaurants reopen for more than just take-out service, then we could see some progress for the restaurants in Downtown Disney.

But keep in mind that Disney said last week there is “limited visibility” for when both Walt Disney World and Disneyland will reopen. So even though Disney Springs is beginning to reopen its doors and Downtown Disney is not, the theme parks at Disney World (Magic Kingdom, EPCOT, Disney’s Hollywood Studios, and Disney’s Animal Kingdom) and at Disneyland Resort (Disneyland and Disney California Adventure) may be on an even playing field. Right now, it’s just not clear when the parks on each coast will reopen their gates.

Inside the Magic continues to stay up-to-date with the latest news on Disneyland Resort reopening. And we know that as soon as it is safe to do so, the Happiest Place on Earth will welcome us home.