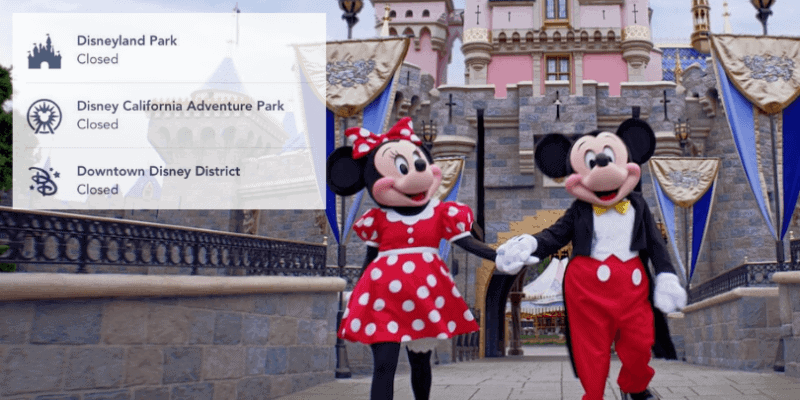 Disney has removed theme park hours for Disneyland Resort through at least June 21.

According to the Disneyland app, Disneyland, Disney California Adventure, and Downtown Disney appear to be closed through June 21. The calendar will not display information regarding Disneyland Resort operations beyond that day. Keep in mind, however, guests can typically only view Disneyland Resort park hours around a month and a half in advance.

This news comes not long after Disney made the change that new Disneyland Resort hotel reservations and vacation packages can only be booked for July 1 and later. Guests with June vacations were also offered a discount (just like those with March, April, and May vacations) if their vacation was affected by park closures. But on the flip side, construction crews recently returned to work on projects at Disneyland park and Disney California Adventure park, which gave many fans hope for a sooner reopening date.

Still, Disney has not formally announced when Disneyland Resort will reopen, nor should July 1 be interpreted as the reopening date just because that is the date new reservations can be made.

Right now, Orange County (where Disneyland is located) is closely following Governor Newsom’s reopening guidelines, and the latest news states that OC does not plan to reopen before Newsom’s recommendations. Former Disney CEO and current Executive Chairman Bob Iger is also working alongside Newsom on his task force to reopen the state of California. And because of this, many believe that Disneyland Resort will follow Newsom’s recommendations when it comes to reopening.

Keep in mind, however, that nothing is for certain when it comes to Disneyland Resort’s reopening date. We do not yet know when the southern California Disney Parks will reopen their gates. But it’s clear from the Shanghai Disneyland reopening that Disney continues to hold the health and safety of guests and Cast Members as a top priority as they plan for the reopening of Disney Parks worldwide.

We’re excited to get back to the Happiest Place on Earth as soon as it’s safe to be there.