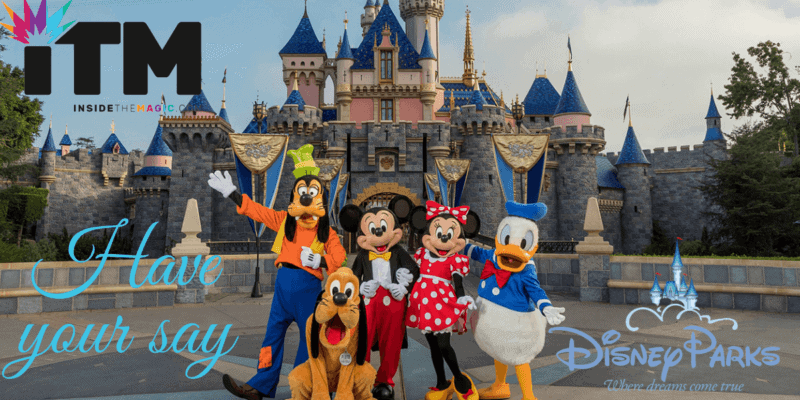 All we can do is pull together everything we know and keep you lovely readers, informed on everything to do with the reopening of all Disney theme parks and Disney resorts.

We recently wrote an article outlining the odds of whether Disney parks (specifically Walt Disney World and Disneyland Resort) would reopen only to locals of Orlando Florida and California when they do finally reopen.

This became a prevalent rumor on the Disney media circuit after Shanghai Disneyland announced that it would operate with reduced attractions and visitors upon reopening in order to continue to fight the health crisis.

We concluded that while this notion is all speculation at the moment, the annual passholder system seems like an obvious route to maintain crowd control and social distancing, but that the majority of Disneyland Resort guests in California are locals or annual passholders or both, creating further issues with regards to easily-infected crowds.

Unsurprisingly, the comments lit up.

Disney parks should reopen to locals only

Unsurprisingly, many of the Florida and California-based readers were in favor of reopening the Disney theme parks to locals only. However, many arguments made were considered and compelling in terms of what makes business sense for the Walt Disney Company at this difficult time.

Here are some of the comments we received:

‘Southern Californians only for Disneyland and WDW for Floridians only until they find a vaccine and medication for corona sounds great. And also eliminating monthly payments for AP’s would be smart. If you really want an annual pass. Save up for it like it was done before.‘

‘I think that Disney having just Florida residents for the first week will give them some indication of what to expect when the flux of out of sate and out of country guests arrive. As most Florida residents most likely will not be going every week, it will leave the weeks that follow some feel of how to handle a larger capacity.‘

‘Uh YEAH! We live here and we have a hard time getting into the parks cause they’re always filled with tourists and snowbirds. In fact, I kind of think there should be a time of the year for locals only. Much less crowded that way.‘

‘I’ve lived 30 min away from Walt Disney World my whole life and am an annual passholder. I can’t wait till they open back up! I’ve been saying they should open up to locals first so I’m all for that idea if they were to go with that! I’m also a healthcare worker so I do believe that if everyone is just conscious about what they are touching and doing and wash and sanitize your hands like you should be doing anyways there shouldn’t big a big deal about going back to the parks.‘

Disney parks should not reopen to locals only

Many readers pointed to the speculative argument that locals may not make up enough capital to justify the theme parks opening just for them. As they almost certainly wouldn’t be staying in hotels and thus spending less money, it made sense to most of our readers to open the parks to resort vacationers.

Here are those contrasting opinions our readers shared:

‘Opening to locals and passholders does maximize profit potential. It also puts the least amount of employees back to work. The hotels remain shuttered and I can almost guarantee locals do not spend as much on F&B or in the giftshops. If I were calling the shots and being responsible to my employees, creditors, vendors and shareholders I would refund the balance on all AP through at least the end of 2020 and allow only people paying full price and maybe only people staying on site access to the parks. Probably unpopular opinion but makes the most sense in my mind.‘

‘I don’t see how Disney World can justify opening with locals only. The cost of operating a park is enormous and when a good portion are annual pass holders… how much money are they really spending that day? I still see the best path is resort only. They can control the numbers with limited bookings. Screen guests at the airport or at the gate. They can even make sure the hotels are no more than 50% booked by limited bookings and upgrading guests. Plus resort guests is where they make their money.’

‘No chance it would just open to locals only – very much more likely that it would open to WDW guests in hotels only as that’s how they are most likely to make what money they can. Opening to locals likely means no hotel bookings so that just isn’t going to happen.‘

Disney parks should open to annual passholders only

To some, the annual passholder argument was clearly the most obvious solution. Disney Parks Annual Passholders make up the most frequent Disney visitors who are undoubtedly and understandably desperate to get back to their Disney park of choice ASAP. So, the AP community had their say as well!

‘I think resort Guest and Annual Pass Holders first. We are paying a lot of money for our vacations. More money than than locals on days trips or long weekends Just my opinion but what do I know‘

‘Open for Annual Passholders first. DVC members use the hotels and FL is not ready for Hotels to be open yet. And Annual passholders should be opened in groups.‘

Of course, all of this is opinion and speculation. The only people that know when a Disney reopening date for each park is coming and who will be first in is CEO Bob Chapek and his team at the Walt Disney Company itself.

Crowds continue to be a point of contention for the spread of the pandemic, so it is up for debate how Walt Disney World and Disneyland Resort will choose to reopen after the coronavirus closure. We will of course keep you up to date with all of the Disney news, regarding each theme park‘s reopening date, operating hours, and attraction updates.

Don’t forget to have your say and add to the conversation by commenting below. Do you want to see the Disney theme parks reopen only for locals, annual passholders, or everyone? Let us know.