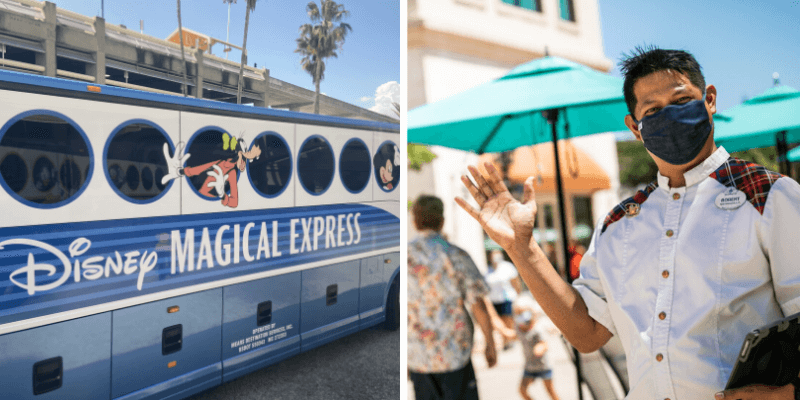 Walt Disney World Resort is beginning to survey guests about how willing they are to return to the theme parks amid the current pandemic.

Disney is currently sending a survey to recent Disney Springs visitors asking them about the newly implemented health and safety protocol. As Disney Springs reopened this week, guests were required to wear face coverings and receive temperature checks in order to enter the shopping, dining, and entertainment district at Walt Disney World. Now, Disney is continuing to survey guests, asking them to share their thoughts about whether they would visit the Disney World theme parks if those same safety measures were in place.

Related: Read our coverage from our experience on Disney Springs reopening day!

The survey asks guests how they feel about the health and safety procedures at Disney Springs, which began its phased reopening on Wednesday. It also asks guests how willing they would be to visit the Walt Disney World Resort theme parks (which include Magic Kingdom, EPCOT, Disney’s Hollywood Studios, and Disney’s Animal Kingdom) if safety measures such as temperature checks, required face coverings, social distancing, and limited capacity were also in place.

Given how contentious the face mask requirement is, it comes as no surprise that Disney is asking guests how they feel about it. However, Disney has also repeatedly stated that they want to keep health and safety a priority. And as Universal Orlando announced their reopening plan which includes the requirement of face masks, it would make sense for Disney World to follow.

The most recent survey sent to recent Disney Springs visitors comes only a couple of weeks after Disney began emailing annual passholders about their willingness to return to both Walt Disney World Resort and Disneyland Resort amid the pandemic. You can read more about that survey in our report here.

This week has been full of big Disney Parks news stories. It was just revealed that Disney World will reportedly limit capacity to 20-30% upon reopening the theme parks. Disney is also expected to present the reopening plan for Walt Disney World Resort next week. Additionally, Disney Parks Guest Relations made an important announcement regarding operations and upcoming vacations to Disneyland and Disney World, reiterating that tickets and annual passes may not guarantee admission once the parks reopen.

We will continue to monitor Disney Parks news and share more information as it is announced.