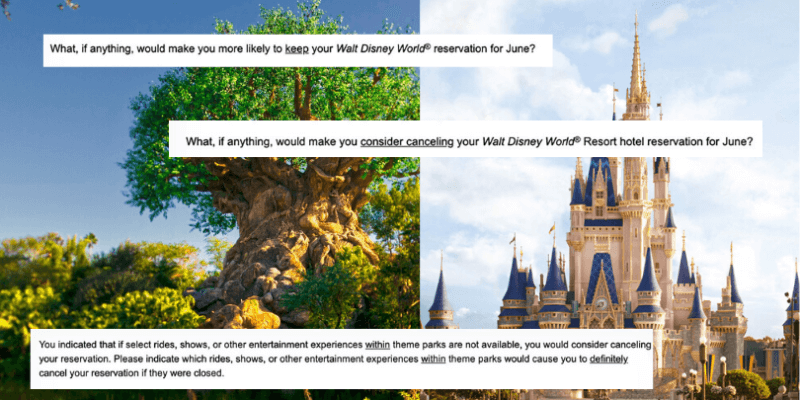 Disney has begun surveying guests about their plans to return to the Disney Parks after they reopen amid the current pandemic.

This survey is being emailed to several Walt Disney World Resort guests, although not everyone has received an email yet — members of the Inside the Magic team with May vacation bookings, for example, have not received the survey. Our team members with a Disney Vacation Club reservation for the end of June have also not yet received the survey via email.

In the survey, Disney asks Walt Disney World guests questions regarding their upcoming reservations. These questions include:

At this time, guests with June reservations are being surveys, but it seems as though the surveys are slowly being emailed to guests from Disney.

The following screenshots were shared to the WDW Magic forum by user @WDW_Emily. 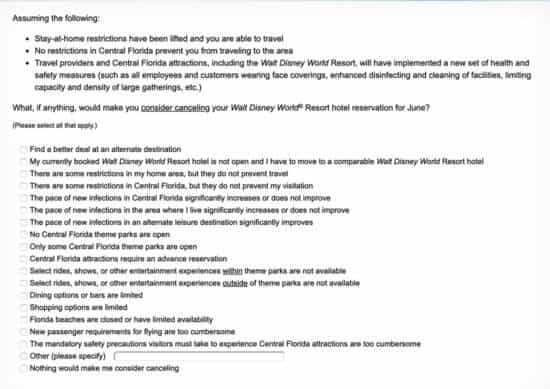 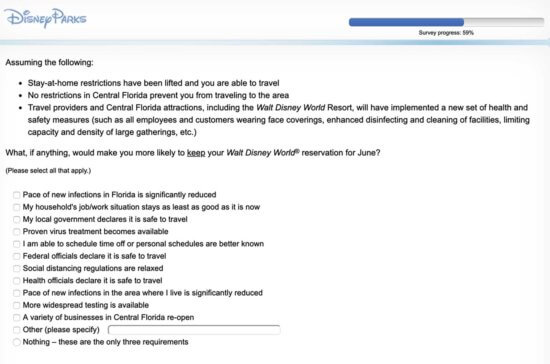 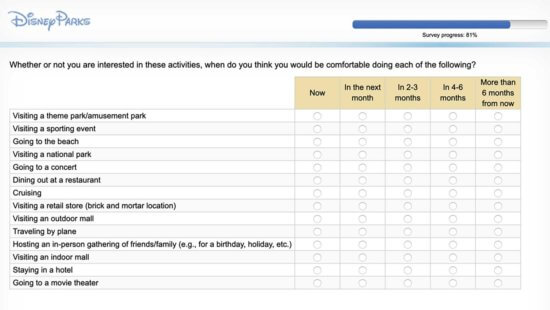 The survey being emailed out to Walt Disney World Resort guests comes after a Universal Orlando Resort began emailing a similar survey to guests regarding visits after the Universal parks reopen.

At this time, Walt Disney World Resort remains closed and is accepting new reservations for June 1 and beyond. Disney Springs will begin a phased reopening on May 20, with some non-Disney restaurants and shops opening but all Disney-owned and operated locations to remain closed.

Still, this is not to be taken as an indication that Walt Disney World Resort will officially reopen on June 1. Disney officials have reiterated that at this time there is “limited visibility” for when the theme parks in the U.S. (including Disney World in Florida and Disneyland Resort in California) will officially reopen. Disney has also said that we should not be interpreting the ability to make reservations for June 1 and beyond as the fact that Disney Parks in the U.S. are reopening on June 1. Disney also began canceling some vacations into early June.

Did you receive this survey? When is your upcoming Disney World or Disneyland vacation? Let us know in the comments.