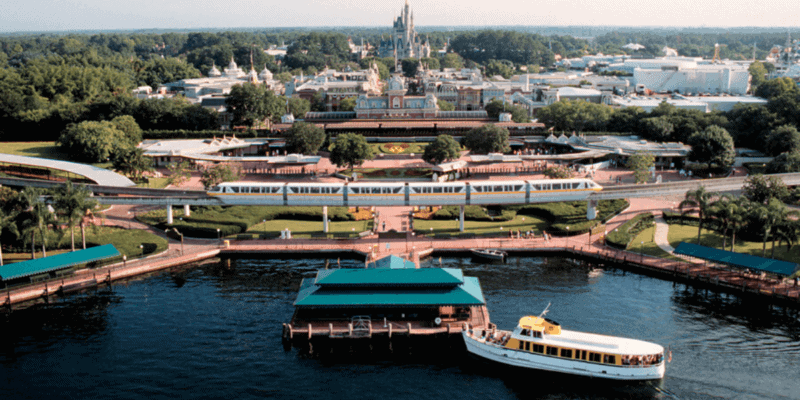 Shortly after submitting their reopening plans to the Orange County Economic Recovery Task Force and when they plan to reopen their theme parks, Walt Disney World has confirmed that the iconic monorails and ferry boat transportation services will also resume once the parks reopen.

According to the help center chat service on Walt Disney World’s website:

We will begin running our Disney bus transportation on a limited basis for Guests staying in our resort hotels and will open monorail and ferry service when the parks reopen.

Disney has not yet confirmed with the Disney Skyliner will be running again.

The monorail is one of the most iconic symbols of the Walt Disney World resort and this is just the latest news Inside the Magic has learned about the transportation system’s resurgence from the closure. Just a few days ago, a Disney fan noticed the monorails running empty along both the EPCOT and Magic Kingdom lines.

Read More: SPOTTED: Monorail Back Up and Running at Walt Disney World!

However, it should be noted that when the Monorails and Ferry Boats are back to their daily routine of transporting excited guests from resorts or the Transportation and Ticket Center to the Magic Kingdom or EPCOT, they will not be completely filled to ensure that social distancing is maintained for the health and safety of the guest on board.

It should also be noted that neither the monorail nor the ferry boat services will be in operation when the Disney Vacation Club resorts resume operation on June 22.

Nobody forgets their first visit to Disney World and either hopping aboard the monorail and going through Disney’s Contemporary resort and taking in the spires of Space Mountain and you glide into the Magic Kingdom Station, or boarding one of the Ferry Boats and watching Cinderella Castle get bigger and bigger and you sail across the Seven Seas Lagoon. It warms our hearts to know that while the fireworks, parades, and character meet and greets will be suspended at first, the ride over is one of the few experiences we can count on having once the parks reopen.

We will continue to update Inside the Magic as more information regarding Disney World operations becomes available.

Comments Off on Confirmed: Disney Monorails and Ferry Boats Will Resume Service When Parks Reopen