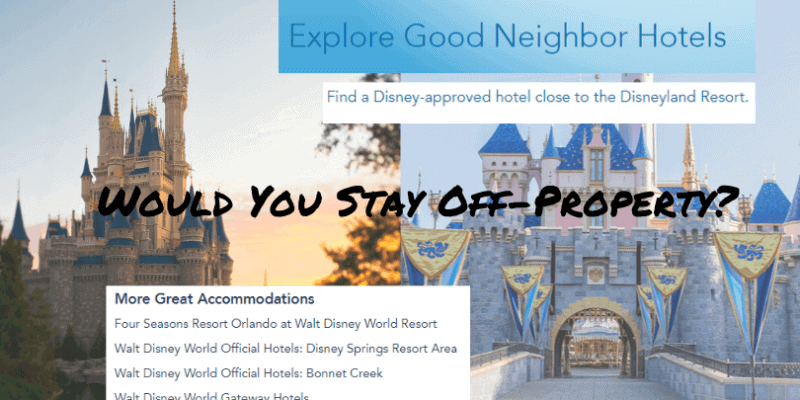 When the Disney Parks in the U.S. reopen, are you going to book a vacation so you can return to the Happiest Place on Earth as soon as possible? If so, it’s probably time to start thinking about where you could stay. But if Disney limits the capacity of on-property hotels or doesn’t open every Disney-owned hotel at first, where will you stay?

Enter the option of staying off-property in a hotel that is not owned but instead recommended by Disney. There are plenty of options for where to stay on your Disney trip if you are exploring the idea of staying at a hotel that isn’t Disney-owned. But if you want to still guarantee a magical Disney vacation, we recommend going with a hotel that has been approved by Disney.

Here’s a look at the different options and benefits of staying at hotels that are approved (but not owned or operated) by Disney on your next trip to Disneyland Resort or Walt Disney World Resort after the theme parks reopen.

Why Might You Need to Stay in a Non-Disney Hotel?

Given this, it may be worth it for travelers to book stays at Disney-approved off-property hotels that still offer great perks, instead of the typical Disney-owned hotels on property.

There are three hotels owned and operated by Disney on Disneyland Resort property (the Disneyland Hotel, Disney’s Paradise Pier Hotel, and Disney’s Grand Californian Hotel & Spa). But there are many more hotels located within a walking distance of Disneyland and Disney California Adventure. Those that are recommended by Disney and offer great perks are called Good Neighbor Hotels.

Good Neighbor Hotels often come at a much lower price point than Disneyland hotels, meaning you can save a lot of money on your next trip. They are approved and recommended by Disney (keep in mind that not all hotels near Disneyland are Good Neighbor Hotels — see the official list here!). They also offer some great benefits, such as the ability to book a vacation package through the Disneyland Resort website, and early morning access to the theme parks when you book a package with the Magic Morning option on your ticket (a three-day ticket or more).

If you are deciding where to stay on your Disneyland Resort vacation after Disneyland and Disney California Adventure reopen, a Good Neighbor Hotel is a great option. 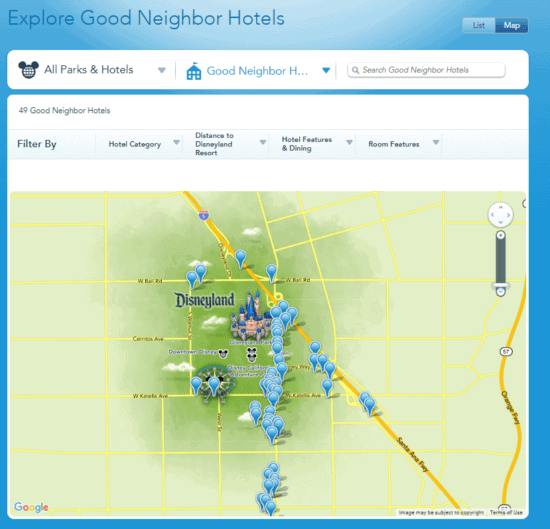 Walt Disney World Resort hosts dozens of hotels owned and operated by Disney. But because Disney World is so large and spread out, there are also many hotels that are approved by Disney and just as close to the theme parks (Magic Kingdom, EPCOT, Disney’s Hollywood Studios, and Disney’s Animal Kingdom).

On the More Great Accommodations tab on the Disney World website, you will find a list of hotels that have been approved and recommended by Disney. These hotels offer amazing benefits just like Disney-owned hotels: the ability to book dining reservations and FastPass+ reservations far in advance, transportation to and from the theme parks, access to Extra Magic Hours and more.

Although FastPass+ and Extra Magic Hours will be suspended when the Disney Parks reopen at Walt Disney World, transportation will still be available, and many of these resorts that aren’t owned by Disney are within walking distance to places like Disney Springs, EPCOT, and Disney’s Hollywood Studios. They are also often lower in price than many of the hotels owned by Disney, so they are a great way to save money. Note that the only non-Disney hotels that offer benefits like Extra Magic Hours are the ones that can be booked through the Walt Disney World website. 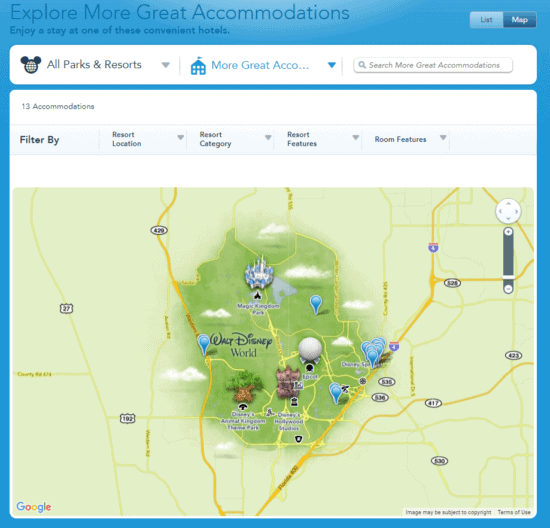 How to Book Your Disney Trip

If you have a specific hotel you know you want to stay at on your next Disneyland or Disney World trip, then Academy Travel can book it for you. Or if you are still torn between staying on- or off-property (or if you don’t know which off-property hotel is right for you), they can also offer great advice. Click here to work with Academy Travel and book a magical Disney trip!