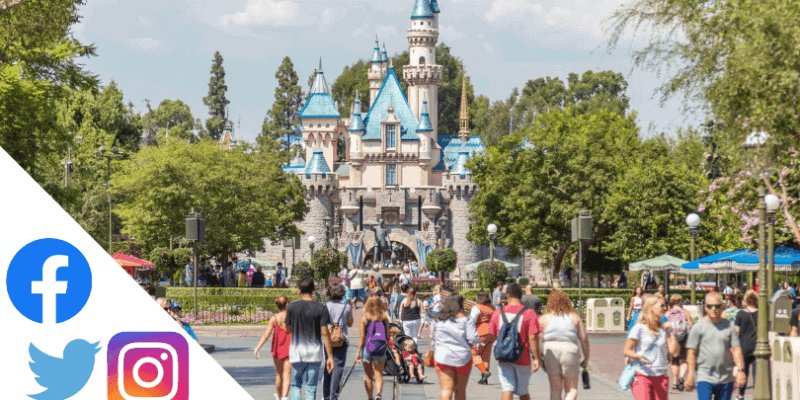 We’ve spoken at length about the reopening of the Disney California and Florida theme parks. We’ve even compiled a list of everything we know about each Disney park and resort and how likely it is that they’ll open in the foreseeable future.

But a big question that is on everyone’s mind is;

if you could go to your local Disney theme park and resort tomorrow; would you?

And if you could; would you share pictures and videos of your trip on social media?

Our commenters have been vocal about the health and safety procedures in place at Shanghai Disney Resort, the new character meet and greet policies, and (most controversially) the issue of whether the theme parks should open to locals only.

As a reminder, Shanghai Disney Resort has begun implementing social distancing measures and has even insisted that Disney park guests wear masks and use hand sanitizer until further notice. This also applies to cast members too. All visitors must also take a temperature check before entering the park.

If social distancing, extra hand sanitizer, and even a temperature check became standard policy at Walt Disney World Resort and Disneyland Resort until further notice, the park experience would be fundamentally different from what we Disney fans know it to be.

We all want to see the day when our favorite Florida and California theme parks are announced to be reopening. We continue to hope that Florida’s theme parks (including Universal Orlando Resort), as well as Disneyland Resort in California will reopen to every guest soon. But if your favorite resort or park opened to a select group of Disney guests tomorrow until the pandemic concludes, and you were in that group, would you visit the major theme parks?

In a Disney community full of opinions, the question remains; would you feel comfortable sharing photos and videos of you at a Disney park? We want to hear from you and find out your thoughts. Here are the four likely scenarios:

Disney Parks and Resorts Only Open to Locals

If the Walt Disney Company does decide to open Walt Disney World and Disneyland Resort to locals only, and you live in Orlando and California will you feel comfortable sharing your trip on Facebook / Instagram / Twitter?

Disney Parks and Resorts Only Open to Annual Passholders

This is perhaps even more controversial. If the locals (that are not annual passholders) aren’t even allowed in, would you worry about the potential backlash of posting pictures or videos of you enjoying The Magic Kingdom, California Adventure, or any other Disney park?

Disney Parks and Resorts Only Open to Resort Guests

It is possible that resort guests may be allowed in before everyone else on a first-come-first-served ticket basis. With a limited number of guests and locals being unable to visit their own city’s theme park, would you feel weird about posting pictures of the Magic Kingdom or other large theme parks on your social platforms?

Everyone Is Allowed Into the Disney Parks and Resorts

This is the biggie. If everyone is allowed in and social distancing and health and safety procedures similar to Shanghai Disney Resort‘s policies are in place, then the risk is potentially at its highest. Some Disney fans will, of course, wait it out, but would you feel bad sharing photos of you enjoying the parks when big crowds are still inadvisable?

The current health pandemic continues to be a huge point of contention among Disney fans discussing the reopening of each Disney park. It’s a difficult time, and many would argue that posting pictures of the parks to social media when other Disney fans aren’t allowed in might be ‘rubbing salt into the wounds’, as it were.

But what do you think, Disney fans?

My opinion, as someone who had their Disneyland Paris trip cancelled, is ‘to each their own’. If the theme parks are open, then the Walt Disney Company feels that it’s acceptable to enjoy your Disney vacation like a normal trip, complete with social media posting. Just be prepared for some potential flack and bear in mind that you might be somewhere that someone else wishes they could be. If you have friends on your list that might get upset, use some common sense, and be kind.

However, every Disney fan is entitled to their opinion. Just make sure that you’re being respectful and kind to your fellow Disney theme park lovers when you comment on their posts, regardless of how early they’ve returned to the happiest place on earth.

We’d love to hear from you on this one. Would you feel comfortable sharing your Disney trip on social media if you were allowed into the parks and resorts tomorrow? Let us know in the comments below.