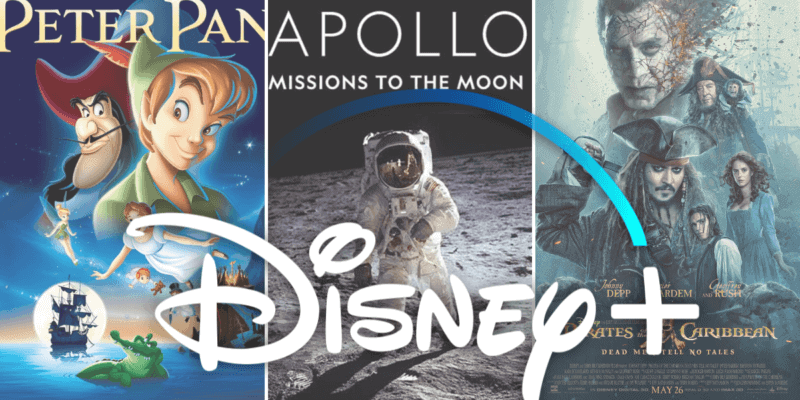 A part of Walt Disney’s original dedication speech for Disneyland, that quote is displayed above the entrance of the Magic Kingdom park at Walt Disney World, which is one of the reasons so many people miss it. We can escape the real world and all of its restrictions to go on a daring space mission around the stars, we can converse with royalty, stepping into the worlds of classic Disney movies. We can sail with pirates, cruise the jungle rivers of the world, visit ghosts, and so much more.

Well, Disney+ wants to help you still have those experiences at home. That is why they’ve created an entire playlist themed to all of the magic, wonder, and adventure you would get at this very special Disney theme park, now in the form of movies on Disney+.

Here’s everything on the playlist:

Related: A Complete List Of Everything Coming to Disney+ In June

Fly off to Neverland with Peter Pan and Tinker Bell, laugh with the Monsters at Monsters, Inc., go under the sea with The Little Mermaid, explore the Hundred Acre Wood with The New Adventures of Winnie the Pooh, blast off into space with Apollo: Missions to the Moon, explore the frontier with Davy Crocket, take flight with Dumbo, and so much more.

The Magic Kingdom playlist is only one of the Walt Disney World playlists currently available on Disney+. Disney’s streaming service has made a playlist for the other three Walt Disney World resort theme parks as well: EPCOT, Disney’s Animal Kingdom, and Disney’s Hollywood Studios.

While Disney World’s shopping and dining district, Disney Springs, is preparing for a phased reopening beginning March 20, fans wait with bated breath for when the Magic Kingdom’s reopening date will be announced.

Which Walt Disney World theme park do you missed the most? Let us know in the comments!