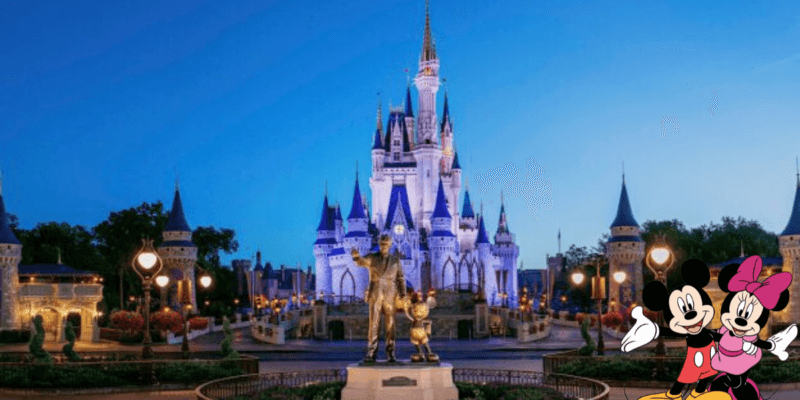 There is no theme park better suited for post-pandemic vacations than Magic Kingdom park at the Walt Disney World Resort in Orlando, Florida. Why? Because of its innate limited-access design. Built over 50 years ago, the entire resort area was designed off the same demand we have today: the demand to implement crowd control.

Visiting the Magic Kingdom is different than visiting almost every other theme park in the world because you cannot walk directly from your car to the main entrance. You have the Seven Seas Lagoon between your parking space and the park’s turnstiles. The same rule currently applies to all five Magic Kingdom resort area hotels save one–Disney’s Contemporary Resort. To gain access to the park, you need to board either a monorail, a ferry boat, or a bus to reach the entrance.

In other words, you cannot get to the Magic Kingdom unless Cast Members take you there.

When it opened in 1971, Walt Disney World corrected several decisions that Walt himself viewed as long-term mistakes. The most obvious example being that he bought so much land in Central Florida that his next theme park will always be isolated from the outside world. And his desire to achieve that seclusion came from watching the town of Anaheim build itself around his first park, Disneyland.

The second example–and the one we are focusing on in this piece–is population control. At Disneyland, there are no natural barriers blocking people from reaching the park gates. That natural accessibility allows for massive congestion at the park gates and does not exist at Disney’s Magic Kingdom Park. Thanks to the Transportation and Ticket Center (TTC), guests coming from the outside world can be filtered into the park little by little.

The TTC and resort area hotels are also set up to allow for the screening checkpoints to take place there rather than at the Magic Kingdom’s entrance, preserving as much magic as possible in your walk through the gates, under the Main Street Train Station, and up to Cinderella Castle.

“As you can imagine, managing guest density in queues, restaurants, hotels, ride vehicles and other facilities throughout the park and across the resort is a major focus, as we implement physical distancing guidelines based on guidance from health authorities, such as the Centers for Disease Control and Prevention (CDC) and appropriate government agencies. This will likely include implementation of guest capacity measures to comply with state and federal guidelines. We’re also exploring ways to use technology to aid us in these efforts, like with our Play Disney Parks App and through virtual queues at Disneyland and Walt Disney World.”

Before the pandemic, it was easy to see how the necessity for monorail and ferry boat transport to get to the Magic Kingdom from either the parking lot or Disney Resort Hotels could be seen as a nuisance. It constantly stalled the movement of Guests. But now, it is clear that design will be the park’s saving grace.

Shanghai Disney Resort and Hong Kong Disneyland have already begun finalizing and implementing their own social distancing measures. It will be interesting to see which of their measures if any Disney World decides to adopt on their own.

What do you think it will be like when the Magic Kingdom and the rest of Walt Disney World finally reopen? Let us know in the comments!

Are you ready to experience the Magic of Walt Disney World? This is also the perfect time to contact an Authorized Disney Vacation Planner given all of the changes put into place as a result of the pandemic. An Authorized Disney Vacation Planner has all of the training and specific knowledge about new policies and procedures at Disney World so that you can have the perfect vacation.

We recommend Academy Travel a Dimond EarMarked Agency signifying the highest recognization Disney can give an agency. In addition to the expert knowledge and guidance, you will receive from Academy Travel, you can rest assured that the cost of their service is completely covered by Disney and you won’t pay any markups for all of the extra help you receive. In fact, most people save money using Academy Travel as they are able to find discounts you might miss on your own. So if a trip to Disney World is in your future contact Academy Travel today for a free no-obligation quote.