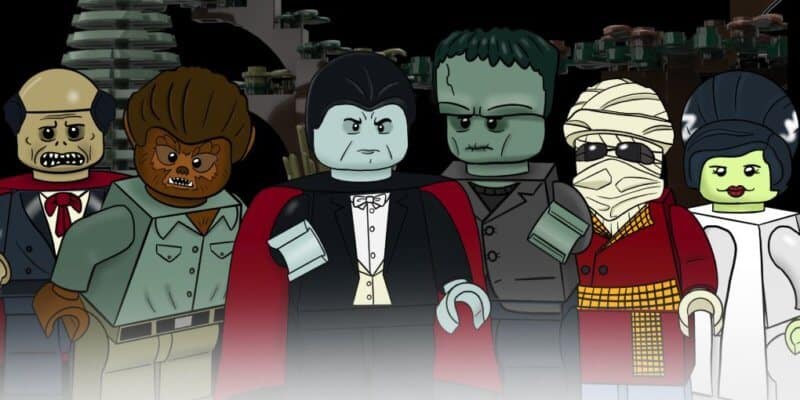 Timing for this potential paranormal LEGO set could not be better. Rumors and speculation suggest that Universal is about to unleash a Classic Monsters themed land in their new Epic Universe theme park. 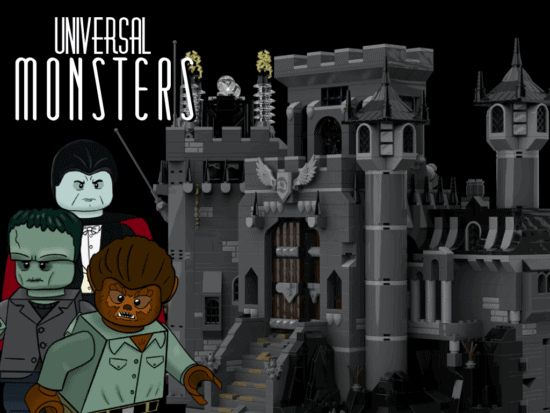 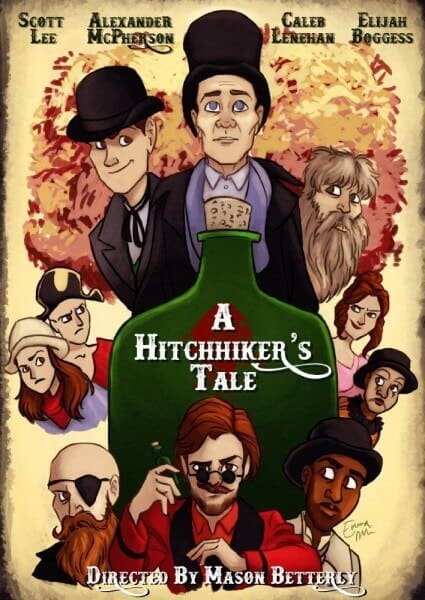 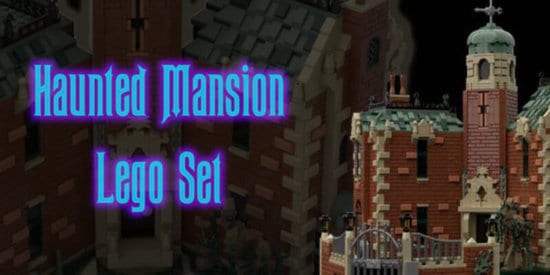 However, Mr. Price-Betterly is not done as a designer of gothic horror creations nor with LEGO IDEAS. His new project turns it attention to the very creators of the horror movie genre! Universal Monsters features roughly 2250 LEGO bricks and could potentially include six iconic toy monster mini-figures. 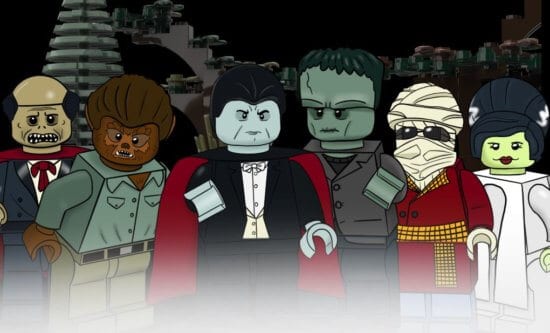 “In 1923, Universal Studios released the first film in what would eventually become known as the Universal Monsters brand. While there have been many versions of these classic characters over the near century since their debut, there is something that keeps many of us coming back again and again to these icons of horror.” – GoodOlPrice (aka Mason Price-Betterly) 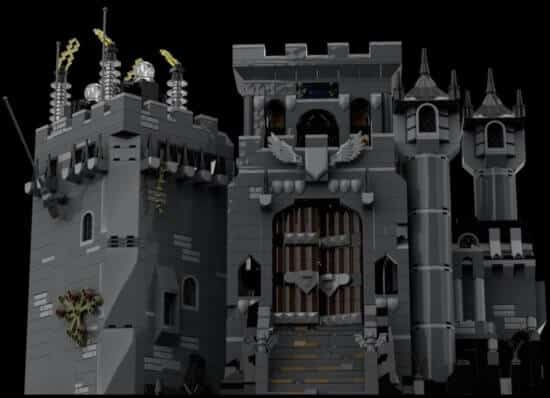 This LEGO IDEAS concept pays perfect homage to Universal Studios legacy of thrilling monster movies. Those who love classic horror are sure to delight in all the deliciously dark details. Iconic scenes join catacombs, a dungeon, bell tower, and Music Room. 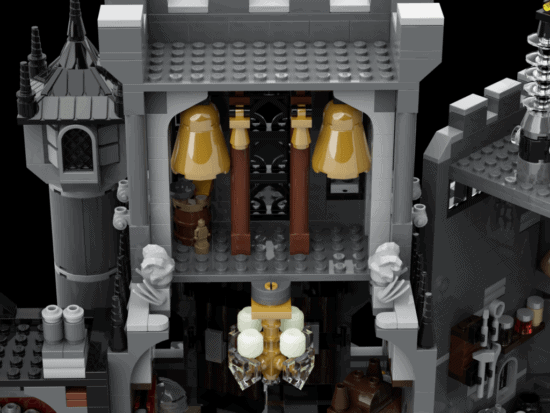 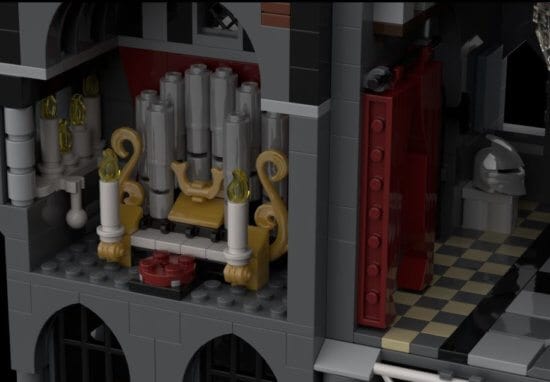 Additionally, two more chilling chambers include special features. A glowing chandelier and hidden passage add intrigue to the Grand Foyer. Meanwhile, in the laboratory, the creation of new life enjoys a moving lift to help with the process. 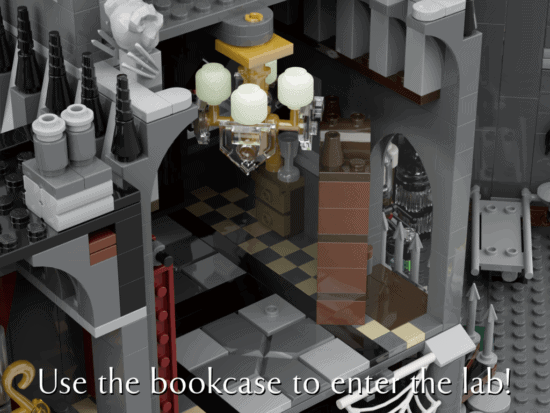 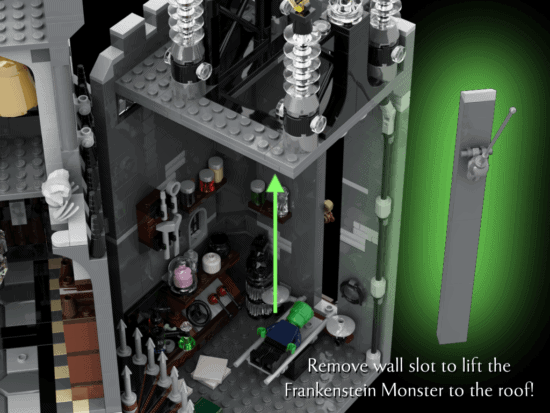 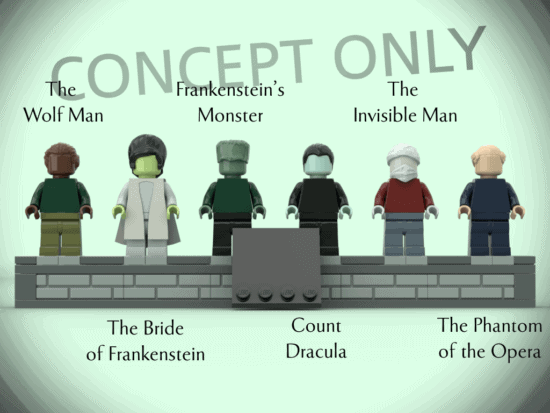 Show your support for Universal Monsters

As with all LEGO ideas submission, success is largely based on popularity. This creepy cool castle only has about a month to stay in the running. Ultimately, the paranormal project must gather 10,000 votes to be considered for production.

Want to be able to add this to your LEGO collection? Surf on over to LEGO IDEAS, sign in (or sign up) and cast your vote. Additionally, help find more support and share this story with your friends, fiends and monsters. 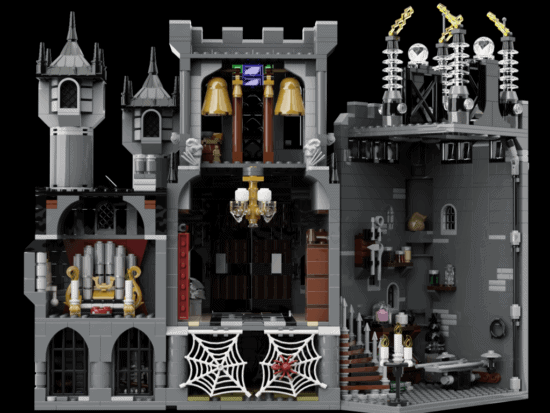 “Please, if you are a fan of Classic Horror, Monsters, or just looking for a something different to build, hit support and share this project on your social media so that we can hit our 10k vote goal, and be sure to stay posted for updates! Thank you!” – GoodOlPrice