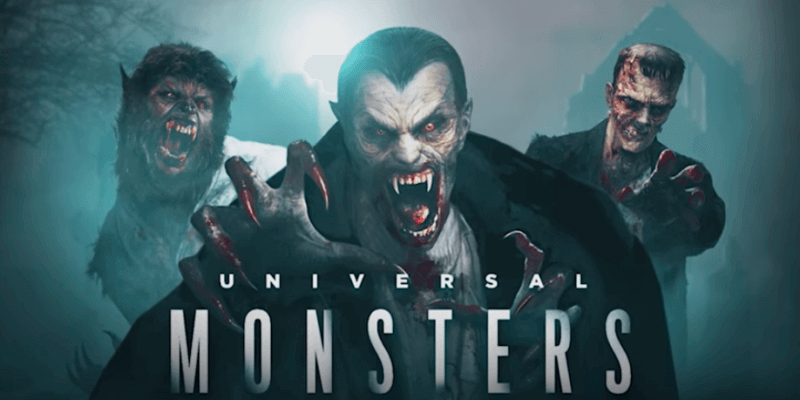 We’re still three years away from the opening of Universal Orlando’s new theme park: Epic Universe. However, plans are beginning to emerge; including hints of a new Classic Monster themed land!

We already expect to see a Nintendo and How to Train Your Dragon themed land. Now, thanks to the clever eyes of a few fans, it seems that the company’s cornerstone horror franchises might finally get their own area of the new park.

Universal Studios ushered in what is now known as the horror genre. Lon Chaney first brought terror to the screen with silent movie classics like The Hunchback of Notre Dame and the Phantom of the Opera. Monsters like Dracula, Frankenstein’s monster, The Wolfman and more have been terrorizing fans since 1931.  These iconic kings of horror movies inspired a haunting host of creepy creatures.  These magnificent monsters, in turn, enjoy a huge fan following. 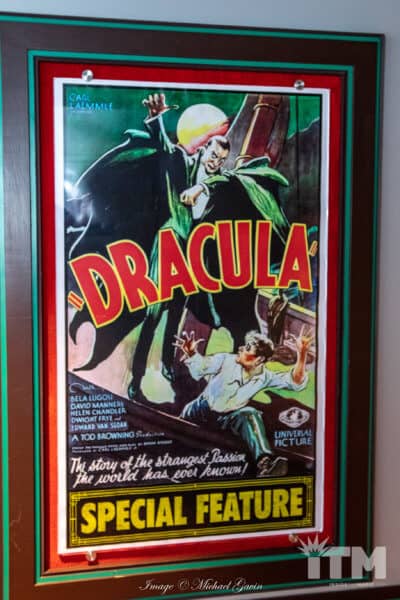 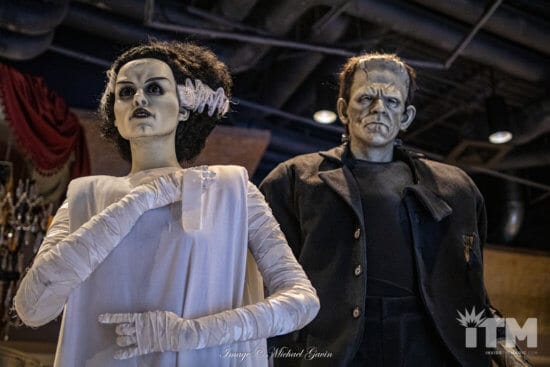 Haunted houses and monster movies make great experiences (look at the popularity of Halloween Horror Nights during the Halloween season. When Universal Studios landed in Central Florida, their classic monsters arrived as well. Attractions like Horror Make-up show featured appearances by the Phantom of the Opera. A life-sized statue of Lon Chaney’s version of the Phantom summoned guests to enjoy a peek into movie make up processes. Frankenstein’s monster once roamed Hollywood Boulevard as a meet-and-greet character. Universal Studios’ Classic Monsters Café continues to cater to horror fans with its various creature themed dining rooms. We cannot forget Beetlejuice’s Grave Yard review, which hosts the un-holy trinity of classic monsters, envisioned as rock stars. 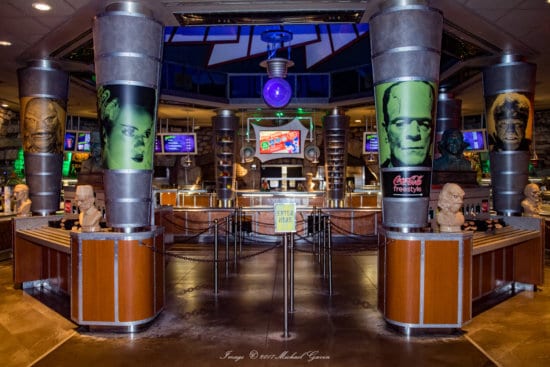 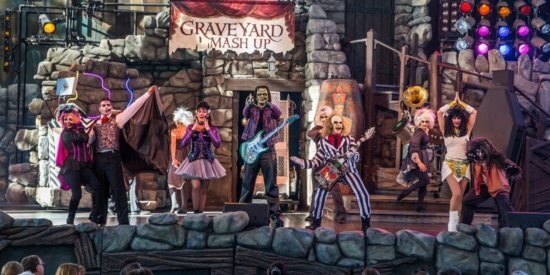 Halloween Horror Nights unleashed Universal’s classic creatures several times over the past thirty years. Such is the draw of these characters; the park even dedicated a merchandise store to them. Now, it seems, finally, the monsters are about to hit “prime time!” 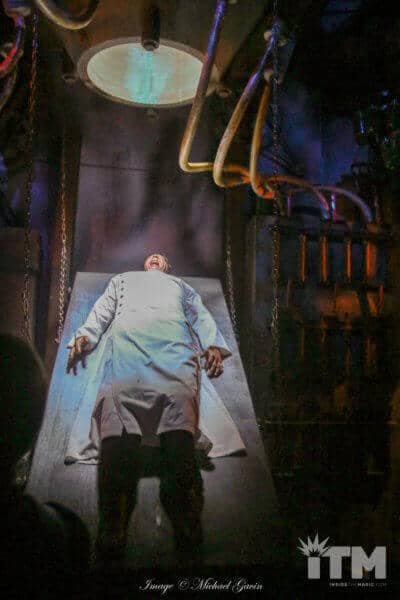 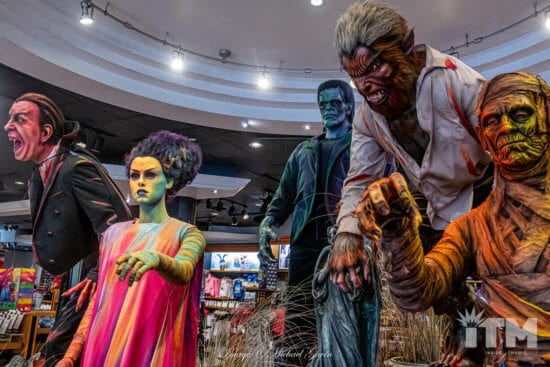 With the announcement of Universal Studios Epic Universe theme park, rumors and spooky speculation point toward inclusion, in one way or another, of the Classic Monster franchise. Recently plans filed for part of the giant new entertainment mecca turned rumors into hope. 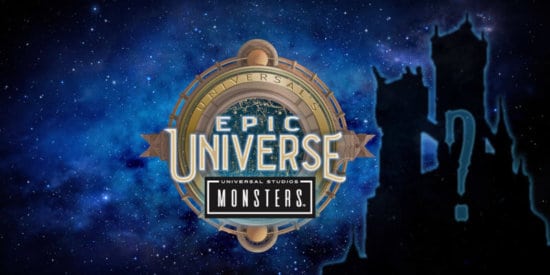 As revealed by Orlando Park Stop, development plans for a corner of the new park hint at the inclusion of a Classic Monster land. Some say that the concept art hinted at both the inclusion of a windmill from the Frankenstein film as well as Frankenstein’s castle. Infrastructure layouts support the potential of new attractions and restaurants. Close up examination of said plans appear to reveal what could be pathways leading into castle-like structure. 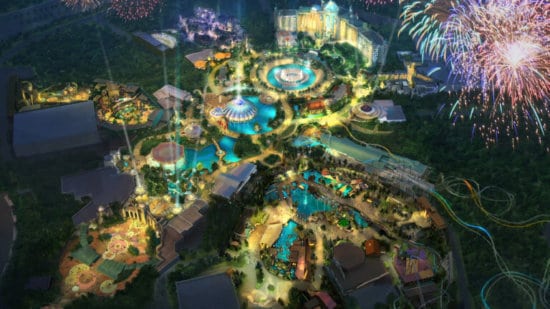 One take on the concept art indicates village-like shopping and dining environments. If true, such appearances match the settings in several of the Classic Monster films. 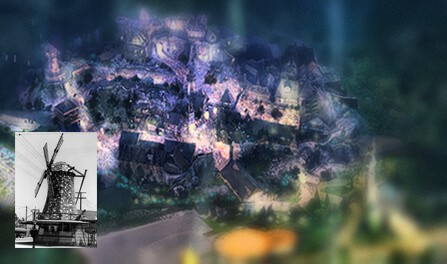 While this chapter of the Universal Orlando story is emerging, it does look like this possible Classic Monster area will be located next door to planned Nintendo themed experiences. Parkstop points to the possibility of a Harry Potter like roller coaster adventure featuring several of the classic monsters. Additionally, the same plans suggest room for future fearsome expansion (see below). We, of course, can only speculate and hope for what arrives.

Hopefully, more hints materialize soon. For now, though, classic horror fans can pour over existing plans in hopes of digging up new creatures confirming clues. Of course, should any of these deliciously dark details transform from wishes to wonders, Inside The Magic will be on hand to throw the switch and scream, “It’s Alive!” 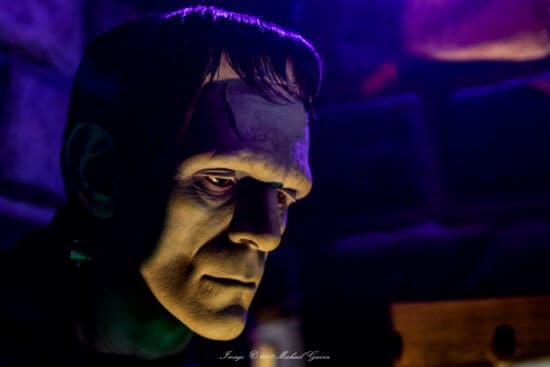