Universal Studios, in 1923, took a gamble with their production of “The Hunchback of Notre Dame” (1922). “Hunchback,” which did better than his other film Universal released that year, catapulted Lon Chaney into the spotlight, due to the brilliant star’s passion for perfect make-up (which he did himself). To showcase Cheney’s talents, Gaston Leroux’s “Le Fantome de l’opera” novel became the studios next feature. “Phantom of the Opera,” released in 1925, also gave birth to the horror genre of fear fed films.

Universal’s “Dracula” wasn’t the first film to feature the famous vampire of Braham Stoker’s story. “Nosferatu,” (1922), a silent movie starring Max Schreck as Count Orlok, was successfully sued for plagiarism. All copies of the F.W. Murnau directed flick were supposed to have been destroyed. Several scenes in Universal’s version appear to take inspiration from this 1922 unauthorized adaptation.

While dashing, 49 year old, Hungarian born Bela Lugosi ultimately earned the Count’s cape, he was not first in line for the fear film. Chester Morris, John Wray, and William Courtenay were considered.  However, Lugosi pushed for the role and won the studio over, accepting a mere $3,500 for the portrayal ($500/week). 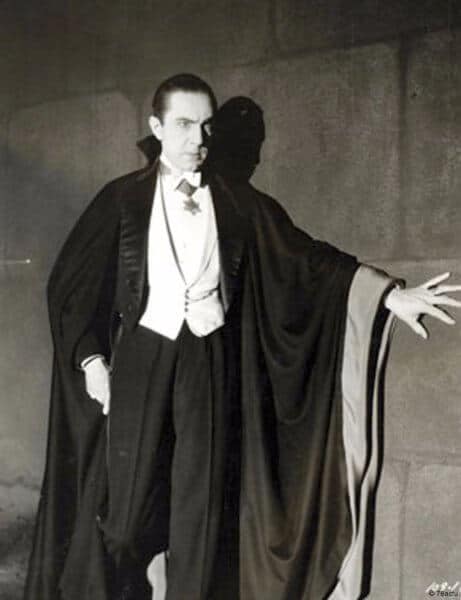 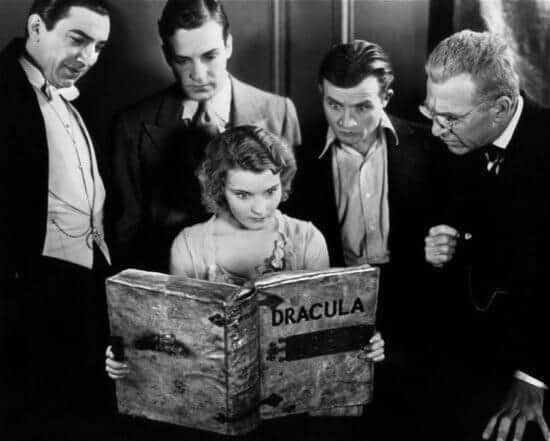 Simultaneously shot at the same time of Lugosi’s “Dracula,” a Spanish version filmed overnights. Using the same sets, equipment, and costumes, this Foreign Language Version was conducted by George Melford. Carlos Villarias assumed the vampiric role of Conde Dracula. Many believe that the technical aspects (camera angles, editing, and direction) of this variation to be superior to director Tod Browning’s daytime print.

A pair of sequels, “Dracula’s Daughter” (1936) and “Son of Dracula” (1943) joined three other monstrous productions (“House of Frankenstein”- 1944, “House of Dracula” – 1945, and “Abbot and Costello Meet Frankenstein” – 1948) for a total of seven sinister cinema appearance of the Count for Universal Studios. 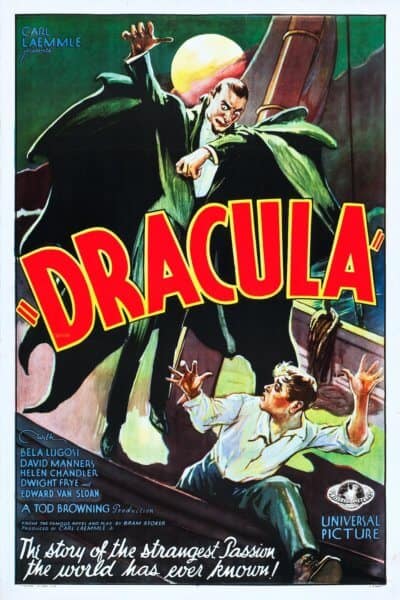 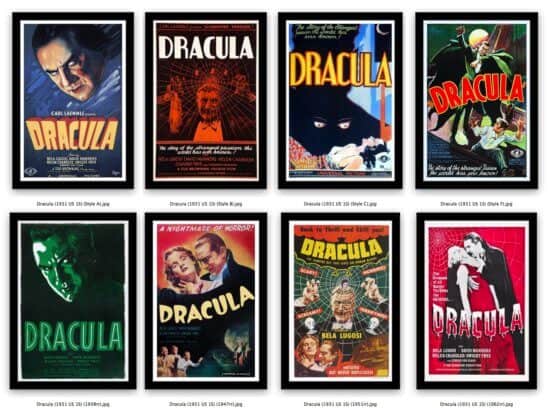 Note: Special thanks to artist Nathan of Luna Moon Gothic for lending the watercolor creations which make up the cover image for this spooky series. Check out their store on Etsy to dig up your own copy of this wickedly wonderful art work (and discover other fiendishly fun finds).