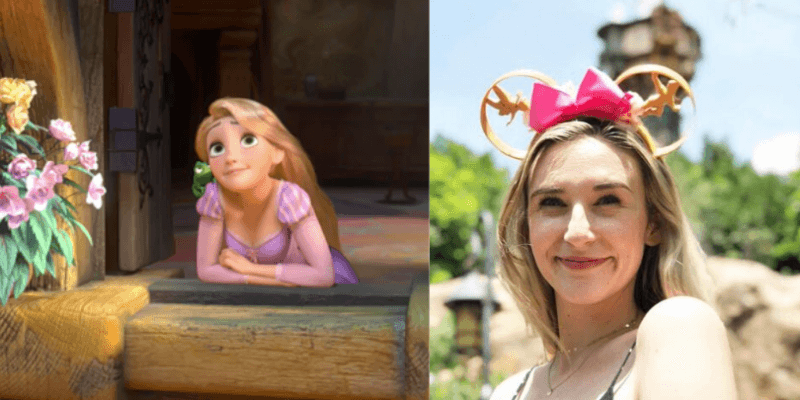 Many of us grew up with Disney. We’ve seen all the classic films, have childhood ties to certain Disney Princesses, and remember the commercials advertising the Disney Parks (and if we were lucky enough, we took family trips to the Happiest Place on Earth). And just like the people around us can shape who we become, the things we consume and love can truly influence how we see the world.

In the case of long-time Disney fanatics, the magic that is Disney can influence our outlook on life — and it can even shape us into the people we grow up to be.

Winnie the Pooh teaches us to be caring and loyal. Princesses like Cinderella, Jasmine, and Mulan teach us to never give up on our dreams and stand up for what we truly believe in. The Disney Parks show us that magic still exists in the world — we just have to open our eyes and let it happen to us. With all the lessons that Disney theme parks and media teach us, so many of us who have loved Disney our whole lives end up viewing the world as a little bit less harsh and a little bit more magical.

Making my 7-year-old self proud. #pixaronward

As for myself? I grew up on Disney. For me, Disneyland feels more like home than any other place on earth, Lizzie McGuire episodes still hold up to this day, and “Part of Your World” is the best song in the English language. But Disney isn’t just something I love — it’s something that truly influenced the way I view the world around me. I might look at everything through pixie-dusted glasses, but that’s how I like it.

This isn’t true for every Disney movie ever made, and not every Disney Channel TV show is really that deep. But some significant Disney films and the Disney Parks show us, not the world as it truly is, but the world as it could be. When we walk down Main Street, U.S.A., we’re shown an appreciation for timelessness and we’re told that, at least for a little while, everything can be okay. No, we can’t all have our wishes granted by a fairy godmother or genie. We can’t take a Disney vacation whenever life gets tough. But we can embrace the little magic that Disney gives us, even if it’s only for an afternoon.

Of course, there are some downsides. Not everything Disney creates is perfect. Disney even acknowledges this. (Did anyone see Ralph Breaks the Internet and laugh out loud when Rapunzel asks Vanellope, “Do people assume all your problems got solved because a big strong man showed up?” And we can’t forget that Song of the South will never be on Disney+ due to its subject matter.) And even though I love the classic Disney Princesses, I wish I had heroines like Moana and Tiana to look up to when I was in my childhood prime. Zootopia teaches us that we can go after any career we set out minds to — and while this film didn’t hit theaters until after I had entered adulthood, I’d be lying if I said it didn’t give me hope when entering the workforce after college.

As an adult who continues to learn and grow each and every day, my perspectives remain malleable. And just as kids are taking in the lessons and messages conveyed in modern Disney films like Onward and the hope that’s displayed in Disneyland’s new Magic Happens parade, I am too. It is the hope, optimism, and magic that Disney produces that continues to lead me to look on the bright side of life and believe that there can be some semblance of happiness found in every day, even though every story may not have a happy ending.

Disney definitely influenced — and continues to shape — how I see the world. The Walt Disney Company continues to produce positive content and create magical experiences at its theme parks around the world. And if I didn’t have Disney in my life, I’m confident I’d be a different person with different views. And I wouldn’t be nearly as optimistic as I tend to be. And, after connecting with Disney fans from all over the world, I can confidently say that I’m not the only one.

Now, I think it’s time for a Mickey bar.

How has Disney influenced how you view the world? Share your experiences and outlook in the comments!

Comments Off on OpEd: How Disney Can Influence Our Outlook on Life