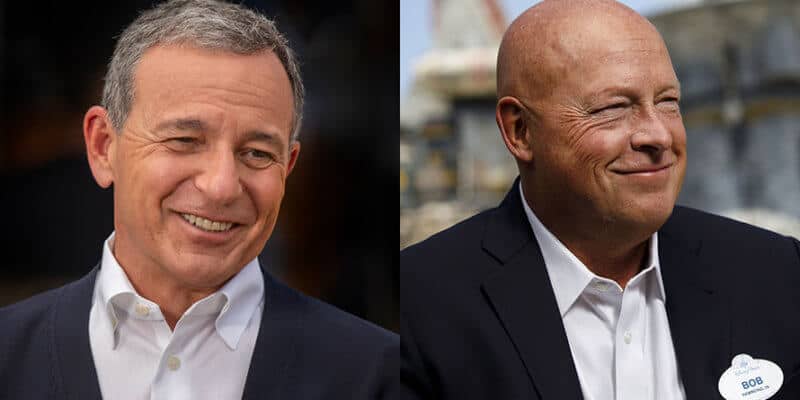 The announcement’s been made, the documents have been signed and approved. On paper, Bob Iger has stepped down as Chief Executive Officer of the Walt Disney Company and has given the position to now-former Chairman of Disney Parks, Experiences and Products, Bob Chapek.

Now it is time for the proper pomp and circumstance.

So on Sunday, February 30, 2020, both Disney Bobs will appear at Cinderella’s Castle for Disney’s official “Changing of the Guard” ceremony.

The ceremony begins at dawn. Bob Iger, dressed in his royal guard armor, will stand at his post at the mouth of Cinderella’s Castle, symbolizing his place as the one man guarding the gates of the Kingdom. Iger will be joined by Jennifer Lee and Pete Doctor guarding the left walkway ramp up to the castle, and Joe Rohde and Kevin Feige guarding the right. All four will be wearing matching guard uniforms with hats slightly less fabulous than Iger’s.

Once all the park guests have gathered, horns will sound, Cinderella and Prince Charming will emerge onto their Castle Balcony, and Kristoff of Arendelle will walk to center stage calling for everyone’s attention and declaring the matters of today’s celebration: to hear the petition of one man to relieve the Lone Guard (Iger) of his position and take it up himself. Kristoff then calls upon all high ranking members of the Disney realm to come forward. (Yes, since he is the newest prince, he’s on herald duty)

First to be called are the remaining representatives of each land in the Magic Kingdom. The Mayor of Main Street, U.S.A., with the Dapper Dans; Buzz Lightyear and Stitch of Tomorrowland; A Jungle Cruise Skipper, and Captain Jack Sparrow (with Jose the Parrot on his shoulder) of Adventureland; Brer Fox, Brer Bear, and Brer Rabbit of Frontierland; and the Ghost Host of Liberty Square. Each representative will walk up to the castle stage, bow to Cinderella and Charming, and walk down to a seating area just below the stage.

Then, Kristoff will call every member of the Disney Court. All 14 princesses and their princes. They will each lineup side by side, forming a half-circle from the mouth of the castle tunnel. Once all are accounted for, The Intercedor will be called forward: a man or woman of good title and in good standing with the Disney Court who is worthy to deliver Chapek’s petition. The Intercedor for this ceremony will be current-Walt Disney World President, Josh D’Amaro. D’Amaro will speak for Chapek, vouch for his character, and he will call witnesses. Those witnesses will be Goofy, Donald Duck, and Pluto.

Now, these are not the gentle, fun-loving princesses you remember from your movies. They are cold and stern-faced for this serious moment. If one of the princesses is moved by D’Amaro’s words, she will motion to have Chapek brought before them. Only the princesses, as the true members of the court, get to motion. The princes have no say. If the motion is seconded, Cinderella will have Chapek brought forward, and he will be escorted to the center of the castle stage by Mickey and Minnie Mouse. He will be dressed in the same royal guard armor but with no helmet.

Kneeling before the court, he will be sworn into his post. Each Princess will ask him a question to which his reply should be “Yes.” If the court is convinced, then Iger will march forward, remove his helmet, and place it on Chapek’s head. Iger will then remove the sword from his waist–still in the shieth–put it in Chapek’s hands, and then turn to face Cinderella and the Court.

Cinderella will thank Bob Iger for his service and officially relieve him of his post. Iger will then walk through the tunnel to Fantasyland arm and arm with the Fab Five as the crowd gives thundering applause. All eyes will then turn back to the kneeling Chapek.

Cinderella will simply say, “We find you worthy, faithful servant. Now, rise and take to your post.”

After pausing for some official royal photographs with Disney’s New CEO, Bob Chapek, now at his post, Kristoff will call the meeting to a close, and all representatives and ladies of the court will process out.

The event will conclude with fireworks and a flyover. 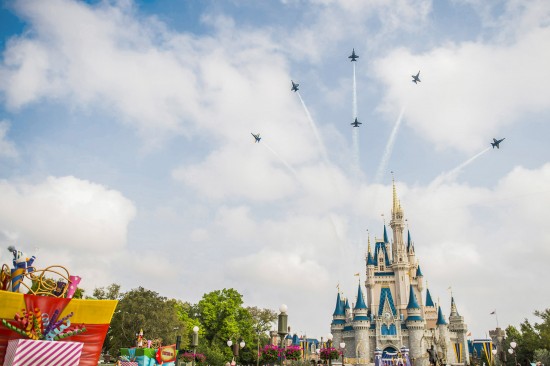 *Please note this is a work of fiction and not coverage of an actually planned event.*