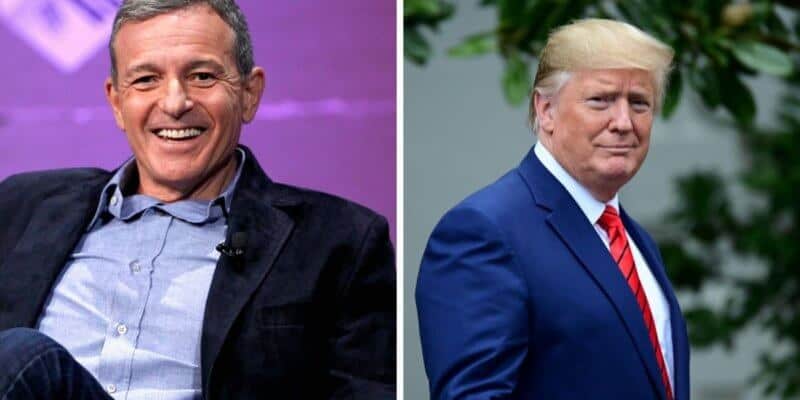 The sudden news of Bob Iger announcing he will step down as CEO of The Walt Disney Company has many in shock.

Iger’s move is effective immediately, with Disney Parks executive, Bob Chapek, taking over Iger’s position as CEO. But why? Iger was initially planned to remain Disney’s CEO through 2021, but now, he will assume the role of Executive Chairman.

But, this news has Twitter up in arms, especially since this news is such a sudden change. — The main question is Why? Well, many are speculating that the former Disney CEO is planning on running for President.

This, of course, wouldn’t be the first time this Iger-Presidential Run conversation would be brought up. In fact, Iger’s name has been brought up more than once over the last two election cycles (including by Oprah Winfrey) and in September 2019, Iger stated at The Atlantic Festival:

“I think that America is gravely in need of optimism, of looking at the future and believing that so many things are going to be all right, or that we as a nation can attack some of the most critical problems of our day.”

One Twitter user writing, “Bob Iger… Stepping down from Disney. Is he going to run for President?”

Bob Iger… Stepping down from Disney. Is he going to run for President?

Another user writing, “But Oprah told Bob Iger he’d be a great president”

And this Twitter user is 100% on board with Iger running for President:

More On The Sudden News Of Iger and Chapek

Twitter has also been reacting to the news of Bob Iger stepping down as CEO and Bob Chapek taking over. Some Twitter users are being optimistic while others are still a bit in shock.

Mr. Chapek’s nearly three decades at Disney have been marked by growth and transformation. A visionary leader, he has championed using creativity and cutting-edge technology to drive expansion and improve the guest and consumer experience, developed and successfully implemented groundbreaking business models, and identified new revenue streams to achieve business objectives and sustain long-term growth.

Bob Iger will remain with The Walt Disney Company and focus more on the creative side of things. In order to do so, Iger said he must pass along the torch.

We want to thank Bob Iger for everything he has done for The Walt Disney Company over the last 15 years as Disney CEO and we are looking to the future with Bob Chapek.

Do you think Bob Iger will be running for President in the future? Let us know in the comments.