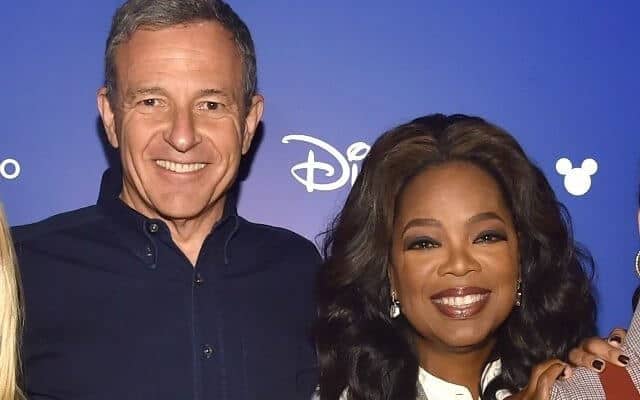 Bob Iger may have already made it clear that he isn’t running for president in 2020, but that hasn’t stopped Oprah Winfrey from saying she wishes he was.

The entertainment icon recently sat down with the Chairman and Chief Executive Officer of The Walt Disney Company to discuss his new book, “The Ride of a Lifetime.” A few days later, Winfrey took to Twitter to share a clip of the interview, along with a poignant message: she wishes Iger was running for President of the United States.

“This is the man I wish was running for President of the USA,” Winfrey said of Iger. “His decency prevails in all decision making. His 10 steps for leadership revealed in his new book #RideOfALifetime apply to every business and every life.”

It was rumored for quite some time that the Disney executive was considering running as a Democratic candidate in the 2020 U.S. presidential election, but he has stated publicly that this isn’t his plan.

“I think the Democratic Party would brand me as just another rich guy who’s out of touch with America,” Iger wrote in an excerpt from his autobiography recently published in The New York Times. “Who doesn’t have any sense for what’s good for the plight of the people.”

Still, even though chief executive Iger won’t be running for president, that hasn’t stopped Disney Legend Winfrey from sharing why she wishes he was.

In the interview snippet that Winfrey posted on social media, Winfrey shares that she would campaign for Iger if he was running for president. She says, “If Bob Iger had decided to run for president, I would be canvasing in Iowa right now. I would be going door to door.”

Winfrey asks Iger, “Why didn’t you run for president? I wish first of all more than ever, everyday I think, I wish you had done it.”

To which the Disney Chairman and CEO replies, “I’m deeply flattered. I had this conversation with President Obama and his family a few times. His kids and his wife clearly believe I had the better job.”

Take a look at the Tweet that Winfrey shared below:

This is the man I wish was running for President of the USA. His decency prevails in all decision making. His 10 steps for leadership revealed in his new book #RideOfALifetime apply to every business and every life. pic.twitter.com/yOzOy8kQxi

Do you wish Iger was running for president in 2020? Let us know your thoughts in the comments!