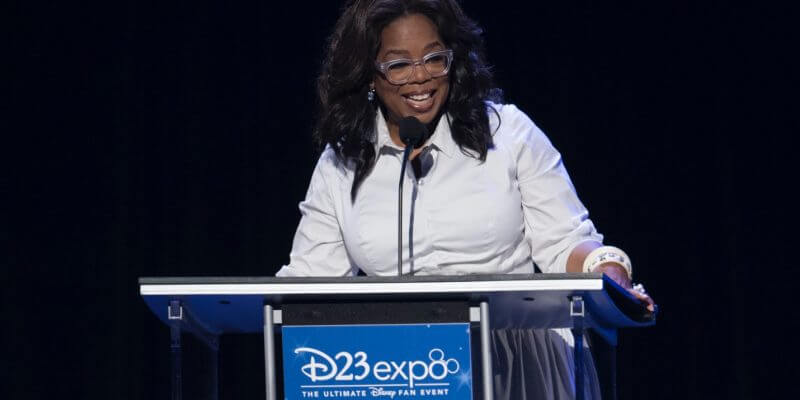 At the D23 Expo 2017 this morning, famed TV talk show host and entrepreneur Oprah Winfrey was honored by the Walt Disney Company by being inducted as a Disney Legend.

She gave a speech in front of a crowd of thousands of Disney fans, eager to begin their day at the ultimate fan convention.