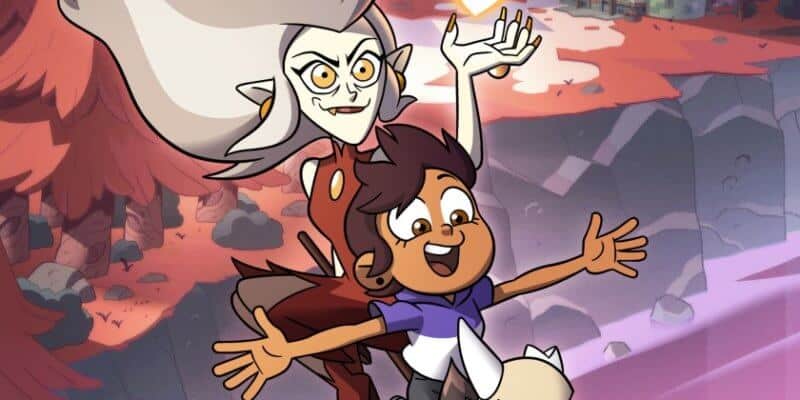 Earlier this month, we shared the news of Disney’s new cartoon,  The Owl House,  a show coming soon that has prompted audiences to ask, “Is Disney’s new cartoon teaching kids how to be witches?” Those with varying perspectives weighed in, sharing their views on whether or not Disney should make a show on such a “demonic” topic. And now, one woman (who claims to be an ex-witch) is speaking out and warning parents to beware of what their children watch.

To give more background information, here’s what to know about  The Owl House, in case you or your kids haven’t seen the show yet. The cartoon, which just made its debut on Disney Channel on January 10, follows a teen who wants to become a witch and the trials and tribulations she faces along the way. Here’s the synopsis:

Upon first glance, the show seems as innocent as the Harry Potter series. But just like with Harry Potter, some groups believe The Owl House isn’t so innocent at all. Many claims that the cartoon advocates for kids to become witches and warlocks. And according to a Christian minister, parents should take what their kids watch on Disney Channel seriously.

In a recent article published by CBN, Jenny Weaver shared why she thinks parents shouldn’t let their kids watch The Owl House on Disney Channel. She said that as a teenager, she watched The Craft — a film about witches — and claimed it led her to become a witch herself. Weaver went on to use drugs, sleep in sheds, and practice witchcraft, and she believes that she would not have made these choices had she not been exposed to The Craft.

“It was a demonic hold on my life that caused me to open doors to witchcraft and practicing spells and incantations and studying the religion of Wiccan,” she said. “I tell parents when I minister; it’s not a joke when we say be careful what your children are watching.”

One Million Moms even started a petition to warn parents about the show’s contents and urged Disney to take it down.

Despite backlash from the public, the show isn’t going anywhere. It was already announced that The Owl House was renewed for a second season before the first season even premiered. Many fans and parents have even shared their positive reactions to the show in the days and weeks since it first premiered:

I just found a show that is perfect for my daughter and any kid who feels like an outcast just because other folks think they're odd or weird. #OwlHouse

A Lying Witch and a Warden 🦉| Full Episode | The Owl House | Disney Channel https://t.co/Dko4d7zAtN via @YouTube

It’s also important to note, as one Inside the Magic reader pointed out, that Disney has always incorporated magical forces into its content for years (think Wizards of Waverly Place, Dr. Facilier from Princess and the Frog, Twitches, Chernabog from Fantasia, and more, as some examples). So while many want Disney to cancel this show, given the company’s history with magic and witchcraft in their programming, it doesn’t look like the cartoon will be leaving Disney Channel.

What do you think? Are some of these criticisms toward The Owl House legit, or is Disney ideally in the right here? Let us know your take in the comments.