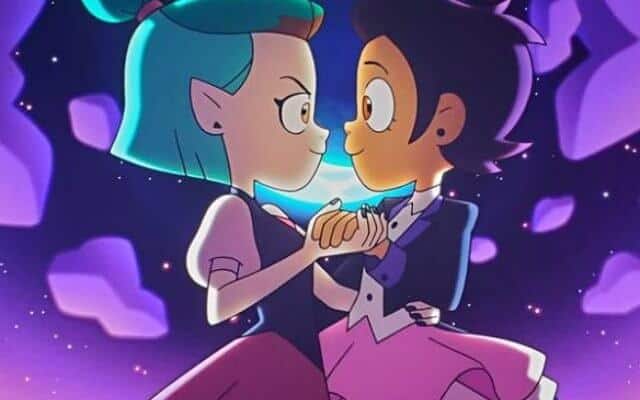 An incredible win for representation as new animated series The Owl House on the Disney Channel features the first bisexual lead character for Disney. Well, at least the first character that is bisexual that Disney will openly admit to.

Show creator Dana Terrace had to go through quite a lot at Disney to make it happen by the sounds of it as she was initially told by some of the Disney leadership team that she wasn’t able to represent any form of bi or gay relation on Disney Channel.

When we were greenlit I was told by certain Disney leadership that I could NOT represent any form of bi or gay relationship on the Channel.

Fortunately, there are many within the leadership team at Disney that understands how important representation is and through persistence and stubbornness, Dana managed to get the character to be confirmed. She went onto say:

I’m bi! I want to write a bi character, dammit! Luckily my stubbornness paid off and now I am VERY supported by current Disney leadership. Representation matters! Always fight to make what YOU want to see! As OH continues I can’t wait to explore things that are important to me and my crew. Looking forward to the next chapter.

You can read the full Twitter thread from Dana below:

In dev I was very open about my intention to put queer kids in the main cast. I'm a horrible liar so sneaking it in would've been hard haha. When we were greenlit I was told by certain Disney leadership that I could NOT represent any form of bi or gay relationship on the Channel.

The Owl House is currently most of the way through season one but has already been renewed for a second season.

The show revolves around a teenage girl who stumbles on a portal to another world and it’s got magic and demons! There are many locations where the show still isn’t available so fingers crossed it comes to Disney+ soon!

Are you a fan of The Owl House? Let us know in the comments below!