'The Owl House' Season 1 Arrives on Disney+ - Inside the Magic 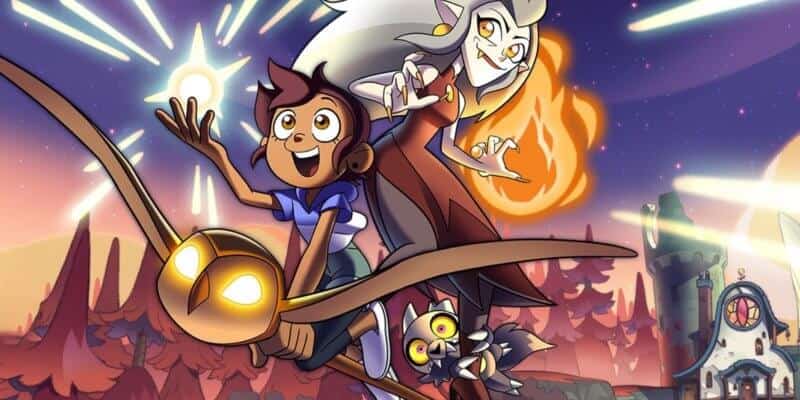 Calling all witches, ghouls, and fans of all things spooky! The Owl House is coming soon to Disney’s streaming service.

One of Disney’s newest cartoons is making its way to the Disney+ streaming service. It has just been announced that The Owl House will debut on Disney+ on October 30.

The season finale of The Owl House premiered just a few weeks ago, leaving fans of the show wanting more ever since. Now, those who have never seen the cartoon can watch it for the first time once it makes its way to the streaming platform. And fans of the series can rewatch it over and over again, as long as they are subscribed to Disney+.

If you aren’t yet familiar with The Owl House, let us catch you up. Below is the official synopsis:

In The Owl House, when Luz travels to a magical realm and becomes Eda’s apprentice, she does more than just learn magic. She learns more about herself than ever before, and shows audiences that it’s okay — in fact, it’s beautiful! — to be different. Each episode is full of fun, thrills, magic, and heart. And no matter your age, we think you’ll enjoy this show!

The show was initially met with some controversy, with many claiming that its depiction of “good demons” and “witchcraft” was harmful for children. But the series has also made strides when it comes to representation. It features a diverse cast of characters and voice actors, and the show even included Disney Channel’s first bisexual lead character. As What’s On Disney Plus also points out, The Owl House has already been renewed for a second season, though we will likely have to wait some time before season two heads to Disney+.

We don’t want to spoil anything about this show for you, but as someone who has seen every episode of the entire first season, I will share this. If you are a fan of the Harry Potter franchise or the popular Disney cartoons Gravity Falls and Star vs. the Forces of Evil, you love fantasy stories, or you’re looking for a witty cartoon to watch, chances are you will enjoy the series, whether you’re a kid or adult.

The Owl House heads to Disney+ on October 30, just in time for Halloween.

Read More: Everything Coming to Disney+ This November

Have you seen The Owl House? Are you excited to see it coming soon to Disney+? Let us know in the comments.