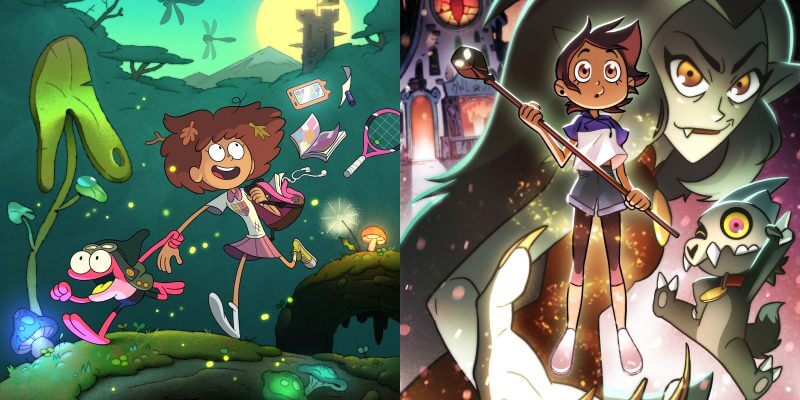 Tired of all the reboots, remakes, adaptations, and squeakquels? Yearning for some fresh, original content from ambitious young creators? Disney Channel has got you covered, as the basic cable network just picked up two series from in-house talent that are sure to generate buzz among animation devotees.

First up, from “Gravity Falls” director Matt Braly comes “Amphibia,” the story of a self-centered 13-year-old girl named Anne who is magically transported into a world populated by frog people. There she meets her first real friend Sprig, who helps her become the hero she was meant to be. Second, “DuckTales” director Dana Terrace has created “The Owl House,” described as a horror-comedy that follows another teen girl (this time named Luz) who finds a portal to the mysterious Demon Realm. Trapped in a strange dimension, she becomes the apprentice of a witch called Eda and finds friendship in King, a tiny warrior. “Amphibia and The Owl House are both set in wildly imaginative worlds and share hallmarks of great Disney storytelling, including fantastical elements and memorable characters,” said Eric Coleman, SVP original programming and general manager of Disney Television Animation. “Matt and Dana each bring a unique sensibility to their shows unlike anything else on TV right now.”

Both “Amphibia” and “The Owl House” are set to premiere on Disney Channel sometime in 2019. In other celebratory news, the network has also renewed the popular comedy-adventure series “Star vs. the Forces of Evil” for a fourth season. Comments Off on New animated series “Amphibia,” “The Owl House” coming to Disney Channel in 2019