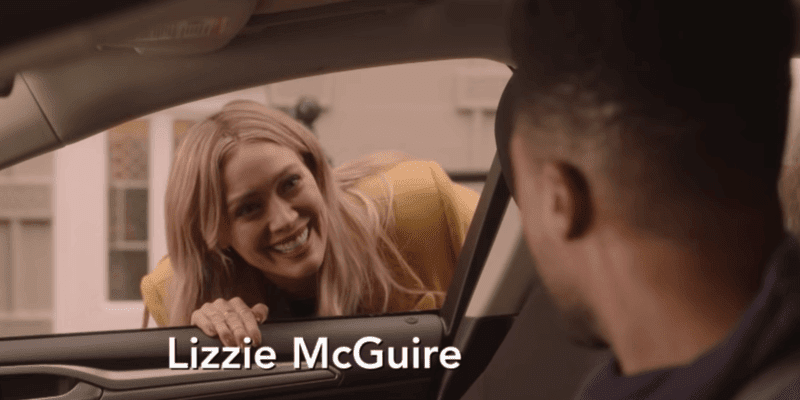 And of course, what would Lizzie McGuire be without her best friend, Gordo? So, of course, it would only make sense that Adam Lamberg would reprise his role as David “Gordo” Gordon in the upcoming Disney+ series!

Though we aren’t sure of any other cast members returning, such as Ethan Craft or Miranda Sanchez, fans of the show still have a lot to look forward to with the upcoming series. “Just like me and everyone who loved Lizzie and grew up with her, Lizzie has also grown up,” Duff said at the 2019 D23 Expo. “She’s older, she’s wiser, she has a more expensive show budget…she has her dream job…she has her dream guy…she has her dream apartment…and she’s about to celebrate her 30th birthday.”

Though a lot of fans are looking forward to Lizzie McGuire, that’s not the only thing included in the new Disney+ 2020 clip. From Toy Story 4 to the live-action Aladdin to season 2 of The Mandalorian, the new Disney+ footage gave subscribers a lot to look forward to in the upcoming year.

You can watch the full 2020 sneak peak clip below.

Are you looking forward to the release of Lizzie McGuire? Let us know in the comments below.