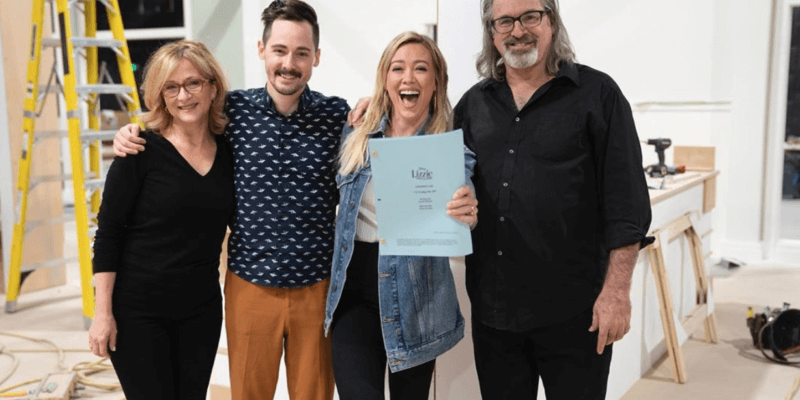 This is not a drill — Lizzie McGuire fans get excited because three of Lizzie’s family members from the original series have signed to reprise their roles in the upcoming Disney+ series.

On Thursday, Disney announced that Hallie Todd, Robert Carradine, and Jake Thomas will be joining actress, Hilary Duff and reprising their roles as Jo, Sam, and Matt McGuire in the upcoming Lizzie McGuire series coming to Disney’s new streaming service, Disney+, which launches next month. It’s been previously confirmed that Duff will be reprising her role as the main character, Lizzie McGuire.

“Just like there is no Lizzie McGuire without Hilary Duff, there is no McGuire family without Hallie, Robert and Jake,” Gary Marsh, the president and chief creative officer of Disney Channels Worldwide, stated in a press release. “The original series holds a special place in the hearts of so many, and we can’t wait to introduce fans, both old and new, to an older, wiser, yet still perfectly imperfect Lizzie.”

The four original Lizzie McGuire actors reunited for the first time in 15 years this week to go through a read-through of the series’ first episode. They then posed for a photo and it was shared on the official Disney+ Instagram account:

At the 2019 D23 expo, America’s sweetheart, Hilary Duff, explained to attendees what to expect from the upcoming Disney+ series.

The original Lizzie McGuire series followed 13 year-old, Lizzie, as she went through junior high accompanied by her friends. And of course, as a typical teenager, every day in school is a popularity contest, and every class. Lizzie also has to deal with her annoying little brother and her mom who, although means well, has her nosey tendencies.

We still aren’t sure if any of Lizzie’s friends will be joining the new Lizzie McGuire series, but we can hope! It also hasn’t yet been confirmed if animated Lizzie will return, but what’s America’s sweetheart without her animated conscious.

This was an all-time favorite show of mine and personally, I am extremely excited for it to return.

Disney’s new streaming service, Disney+, has confirmed that all 65 episodes of the original Lizzie McGuire series, along with the 2003 movie, will be available to stream. Disney+ will launch in the U.S. on November 12.

Are you excited to see Lizzie joined by her family in the upcoming Lizzie McGuire series?