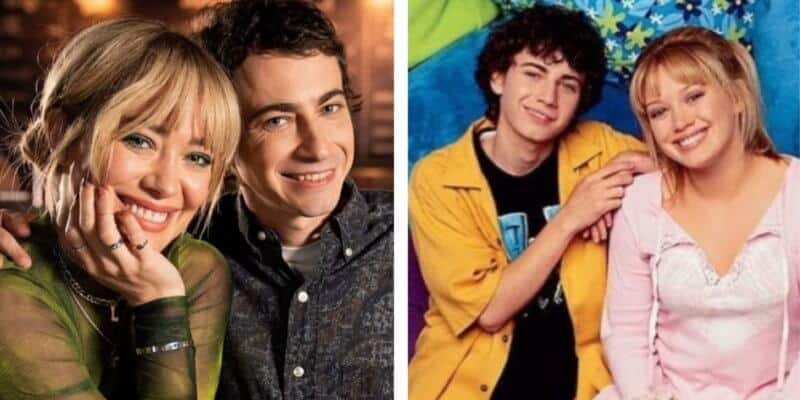 This is what dreams are made of! I am so excited to share this amazing news with you all.

For all of you Lizzie McGuire lovers, like myself, get ready because Disney+ has just announced that Adam Lamberg will reprise his role as David “Gordo” Gordon in the upcoming Disney+ series.

“Gordo was an essential piece of the puzzle to what made the original Lizzie McGuire so authentic and beloved. I couldn’t imagine the series without him,” said Hilary Duff, who is the star and executive producer of the highly anticipated Disney+ series. “I can’t wait for fans to see what he’s up to 15 years later and how he fits into Lizzie’s adult world,” Duff continued.

To celebrate this fantastic news, Disney+ shared a photo of Duff and Lamberg who recently reunited on set, which honestly, gives me chills every time I look at it.

I am low key hoping that Gordo and Lizzie are engaged, living together, and starting a wonderful life together as, I think we can all agree, they are absolutely perfect for one another.

“Just like there is no Lizzie McGuire without Hilary Duff, there is no McGuire family without Hallie, Robert and Jake,” Gary Marsh, the president and chief creative officer of Disney Channels Worldwide, stated in a press release.

“The original series holds a special place in the hearts of so many, and we can’t wait to introduce fans, both old and new, to an older, wiser, yet still perfectly imperfect Lizzie,” Marsh continued.

We still aren’t sure if anyone else from the original series will be appearing in the highly anticipated Disney+ original, but I know who I am hoping for. Ethan Craft? Miranda Sanchez? Kate Sanders? Larry Tudgeman? Any of the above would be fine by me.

Are you excited to hear Adam Lamberg returning as Gordo in the upcoming Lizzie McGuire series? Let us know in the comments.

Comments Off on Just Announced: Gordo will be returning for Lizzie McGuire on Disney+