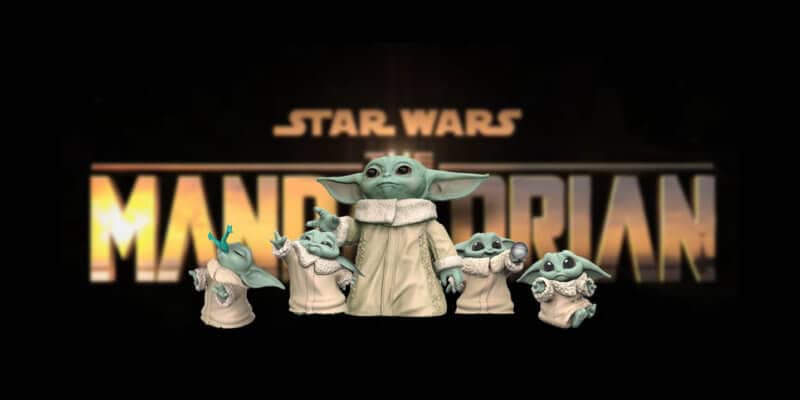 Feeding fan frenzy for the force fueled small fry from “The Mandalorian”, Hasbro finally unleashes 4 new “The Child” action figures. However, don’t go looking for active tracking fobs just yet, the new line of toys is only in pre-order status.

Similar to 1977’s vacuum of Star Wars tie in toys, fans of “The Mandalorian” yearn for new figures. In the same manner, collectors must face the shortage via pre-order promises only, for now.

What’s old is new again. “The Mandalorian” gives franchise fans a new sense of excitement and wonder. With this new breath of fresh air for the Star Wars universe, toys and collectibles seem almost non-existent.  This shortage of swag, whether planned or erroneous, only intensifies a desire for Mandalorian merchandise. Fans want their favorite characters in toy form. Top on that list: “The Child.” 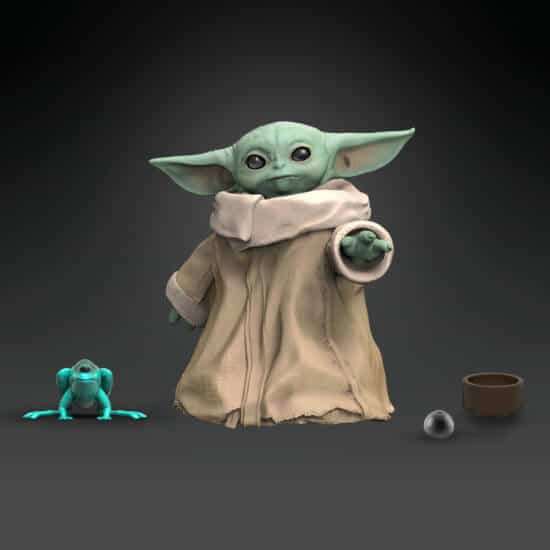 From the moment this half-century-old toddler appeared on screen, his large floppy ears, big black pleading eyes and adorable cooing cast their spell on fans of the series. Handmade versions of the “baby Yoda” youngling appeared on sites like Etsy, almost immediately.  Young Yoda toys like Funko figures along with various bounty hunter figures already exist. Hasbro, having already struck gold with their Mandalorian TV series action figure (which quickly sold out), finally unveiled a cute quartet of figures based on the show-stealing child creature. There’s one catch: they won’t arrive until the spring. Not worry, preorder of the tiny toys allows purchase now. 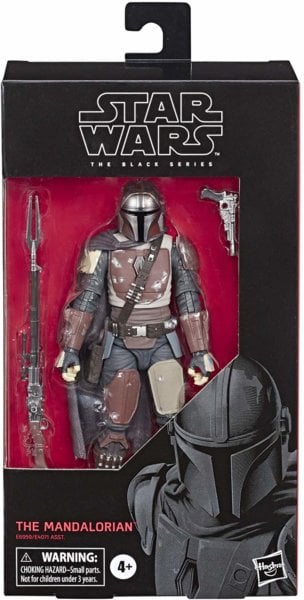 Topping the list of options, “STAR WARS” The Child Talking Plush toy features pose-able arms along with a host of character sounds. The Child comes alive with cute cooing (and 9 other sounds) when squeezed. He’ll never go hunger either. Each talking toy includes a delicious Sorgan frog and bone broth bowl. 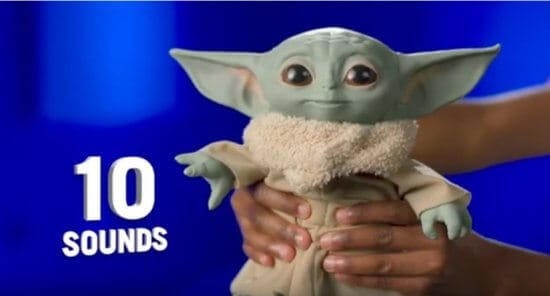 Hasbro also unveiled a large version of the adorable action figure. Standing a full 6 ½ inches tall, this version of The Child enjoys several points of articulation. 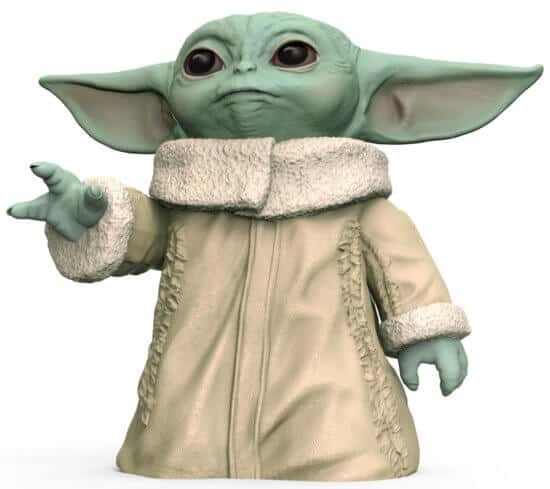 “Fans can start their own collection of this adorable character in poses inspired by iconic scenes from the live-action series, The Mandalorian! With 6 figures to choose from, kids and fans can collect figures featuring fun poses such as sipping soup and blanket wrapped, hold me and ball toy, and froggy snack and force moment. These 2.2-inch collectible figures are an awesome way to start a collection, swap with friends, give as gifts, or display in any STAR WARS collection! For pre-sale these items will be offered as 2 packs” -Hasbro 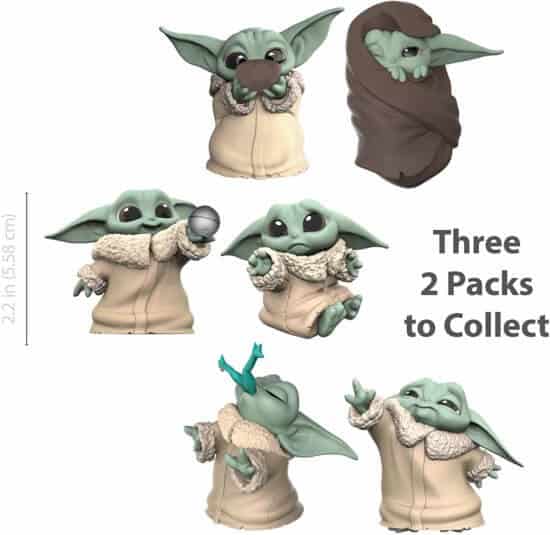 Unfortunately, Hasbro did not release a cardboard collector kit for this round of pre-order “Star Wars” toys. However, all of these cute collectibles arrive this spring (May, according to Amazon). Along with the Hasbro website, The Child toys tempt shoppers at several shopping destinations: 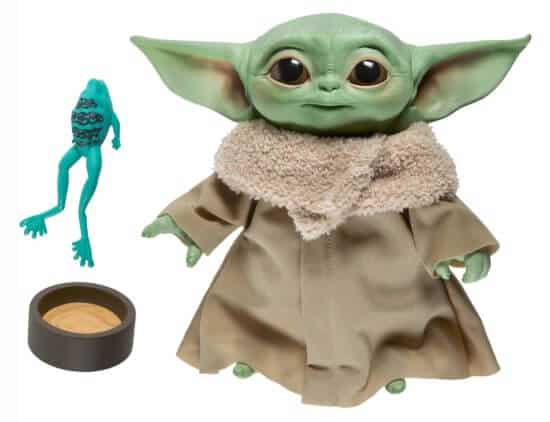 Hasbro promises even more Mandalorian TV series inspired merchandise arrives in the near future. Keep a channel open with ITM for announcements regarding additional toys and games featuring “The Child.”