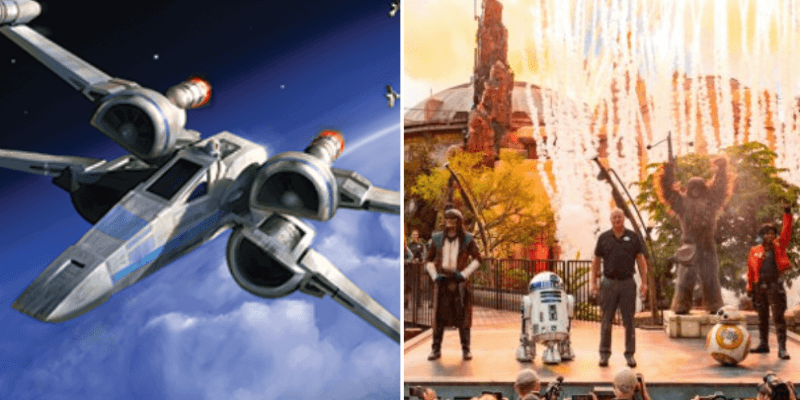 Star Wars: Galaxy’s Edge opened at Walt Disney World in August — and at Disneyland Resort in May — but it’s soon getting a pretty major upgrade. On December 5 in Hollywood Studios and January 17 in Disneyland, the most highly-anticipated Disney Parks attraction recently (Star Wars: Rise of the Resistance) is opening to the public. And it looks like Disney is celebrating in the most epic way possible.

This wouldn’t be the first time Walt Disney World did something like this. Back when New Fantasyland opened at Magic Kingdom years ago, Disney flew a fire-breathing dragon over the theme park during the media preview for the land’s opening, but it was never used again. You can watch that video below:

If this is true and Disney does plan to use them at Hollywood Studios for the Rise of the Resistance opening, we hope they will also be coming to Disneyland to celebrate the west coast’s version of the attraction in January!

You can see a couple of images obtained from Disney that show not only the X-Wing drones over Star Wars Galaxy’s Edge in Walt Disney World. 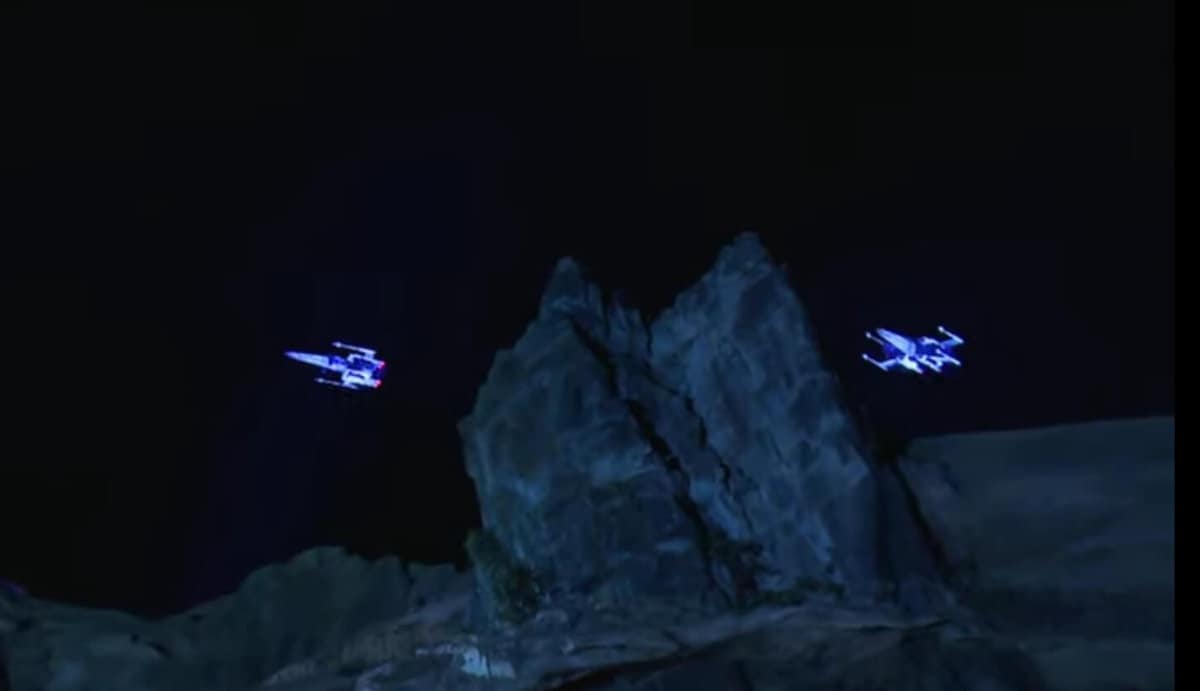 Keep in mind that this is still being kept under wraps and Disney has yet to make an announcement of whether these X-Wings will be flown over Disney’s Hollywood Studios for the new attraction opening at Star Wars: Galaxy’s Edge. But all signs are pointing to yes.

Additionally, according to recent casting calls, it looks like some of our favorite Star Wars characters will also be present for the grand opening event of Star Wars: Rise of the Resistance at Disney’s Hollywood Studios. We’re definitely excited to see everything Disney has planned for this historic day. Star Wars: Rise of the Resistance is an attraction that fans around the world have been waiting for, so it’s exciting that the opening is only a couple weeks away.

Many fans are calling the opening of Rise of the Resistance Disney’s “second shot” at making Galaxy’s Edge great. While we’ve always been fans of the land, we’re very eager to see how having this new attraction on both coasts affects the land’s atmosphere. We hope the attraction along with more character presence and energy in the land will breathe new life into it.

Are you planning a trip to visit Walt Disney World and experience Rise of the Resistance at Star Wars: Galaxy’s Edge? An Authorized Disney Vacation Planner at Academy Travel can help you plan the Star Wars vacation of your dreams — and it’s not too late to book a trip for the holidays! Click here for a free, no-obligation vacation quote from Academy Travel.

What do you think of these X-Wing drones possibly flying over Galaxy’s Edge for the Star Wars: Rise of the Resistance opening? Let us know in the comments!