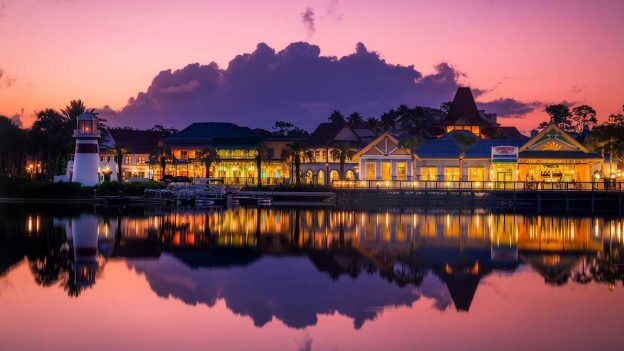 A family recently made some pretty horrifying claims about some disgusting things they allegedly found in their Walt Disney World hotel room. But Disney seems to be calling their bluff.

Michael and Paul Atwal-Brice, a married couple from the U.K., brought their two adopted sons, Levi and Lucas, on a trip to the Most Magical Place on Earth. But recent reports share that the couple claim to have checked into their hotel room at Disney’s Caribbean Beach Resort and discovered dead cockroaches, a used condom on the bed, and exposed wiring.

“Straight away you could see the room was dirty then we saw a dead cockroach, which was quite big. There was lots of exposed wiring. Our boys have no sense of danger, so they could easily stick their fingers in that,” said Michael in an interview with U.K. news outlet The Mirror. He also claimed that the room was too dirty for anyone, even a dog.

“It’s been a holiday from hell so far. Dead cockroaches and other bugs in the room, broken lights with exposed wires and, worst of all, a used condom on the bed,” Michael continued. “The boys could have stood on the cockroach and could very easily have touched the condom if they dropped their bouncy ball down the side of the bed. That’s what shocked us. We’ve not just booked any old hotel. We’ve purposefully booked this resort and spent a vast amount of money to make it all magical and special.”

Related: Family sues Disney for $75K after bedbugs bite them at resort and follow them home

Michael and Paul’s sons are both autistic and nonverbal. They also have epilepsy and asthma.

“It was a really bad start to the holiday,” Michael said.

The family requested to be moved to another room. When Disney’s Caribbean Beach Resort staff moved them to a different hotel room, the family also discovered that this room was dirty, too. They allegedly saw live centipedes crawling around.

The U.K. visitors got management involved. They were then reportedly upgraded from their moderate resort reservation at Disney’s Caribbean Beach to a deluxe resort: Disney’s Grand Floridian Resort & Spa, Walt Disney World’s flagship resort hotel and arguably the most luxurious on property.

Encountering cockroaches and centipedes, exposed wiring, and even something as disgusting as a used condom sounds like it could ruin your trip and lead a guest to not want to return to Walt Disney World. But according to Disney, this isn’t the first time this family, in particular, has complained, and the company is calling their bluff.

“This family has received compensation from us numerous times over the past five years, and they continue to return,” said a Disney spokesperson in a statement obtained by Fox News. “Regarding their current visit, we believe the guest claims are exaggerated, and again took several steps to enhance their vacation.”

Whether or not this family exaggerated their claims, it’s clear that while they were on their vacation, Disney did what they could to accommodate to their needs by moving them to a different resort hotel room and even upgrading them from a moderate to a deluxe resort. Disney consistently reminds its guests that they can and should speak to a Cast Member at their resort or at any location across Walt Disney World property if they are in need of assistance during their vacation.

What do you think of Disney’s response to this family’s claims? And have you ever seen such things in a Disney Resort hotel? Let us know your take on this story in the comments.